The loss of two Suits players left the remaining cast feeling nostalgic. Actor Gabriel Macht admitted he is heartbroken over the departure of his friends.

Macht was speaking in the wake of season 7's massive finale episode, entitled "Goodbye," which aired on Wednesday night. In keeping with the theme of bidding farewell to series stalwarts Patrick J. Adams and Meghan Markle, the episode saw the two tying the knot in a lavish, albeit last minute, ceremony.

Their characters, Mike Ross and Rachel Zane, finally said "I do" before heading off to the brights light of Seattle, where they would finally get the chance to be their own bosses. The two characters are set to run their legal clinic, defending class-action lawsuits against Fortune 500 companies.

Although their exit was emotional for fans, the possibilities for season 8, which drops in July, are endless. The merger of two massive law firms will kick off the upcoming season, with Grey's Anatomy alum Katherine Heigl on hand to stir things up.

Macht, 46, may be excited about what's to come, but that doesn't mean he's not heartbroken about the loss of his long-time colleagues on the show. He opened up in an interview with ET about how it felt to say goodbye to his co-stars after years of working closely together.

"It's an awkward transition, I think, for all of us to get acquainted with this new norm," he admitted.

Macht has been on the show since it began in 2011. He noted how difficult the loss would be for fans and those on set because the characters and the actors who played them are so well-loved.

"It's been a real transition not having them on set. There is a bit of a void," Macht said.

Looking to The Future

As for how Mike leaving will affect his character Harvey, Macht reckons his loss will be keenly felt. Without his right-hand man, his buddy who's been there for him through everything, Macht reckons Harvey will be forced to grow up a little bit and to be more independent.

When it comes to not shooting with his real-life friend Adams, Macht is pretty devastated.

"When we started this show almost eight years ago, this started off as a duo with the two of us really taking the lead and the show really surrounded the two of us. ... There is a sense of, like, something that we started together, we're not finishing together," he said.

The bromance at the heart of Suits will be challenged without Mike, and with the addition of Heigl's character to the mix, which should shake things up for fans when the show returns. Macht teased how she's set to tussle with Harvey, given how alike the two characters are.

Markle's Suits exit was her official goodbye to acting, ahead of her May 19 nuptials to Prince Harry. The royal-to-be confirmed when the two originally announced their engagement that she would be retiring to focus on her official duties.

The USA Network, which airs the hit legal drama, released a statement congratulating Markle back in November. The actress had been with the show for seven years at that stage, with the network noting that it was a joy to work with her, and wishing her the very best going forward.

Although she was criticized in certain quarters for giving up her career, Markle noted at the time that she saw it more as a change. Without Suits, she's free to focus on her ongoing humanitarian work, which takes her all over the world.

Hopefully, Heigl, as well as returning fan favorites Amanda Schull and Dule Hill, will help bridge the gap left by Adams and Markle when Suits returns this summer. Production began earlier this month in Toronto. 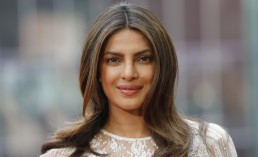 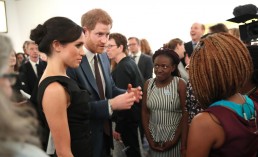