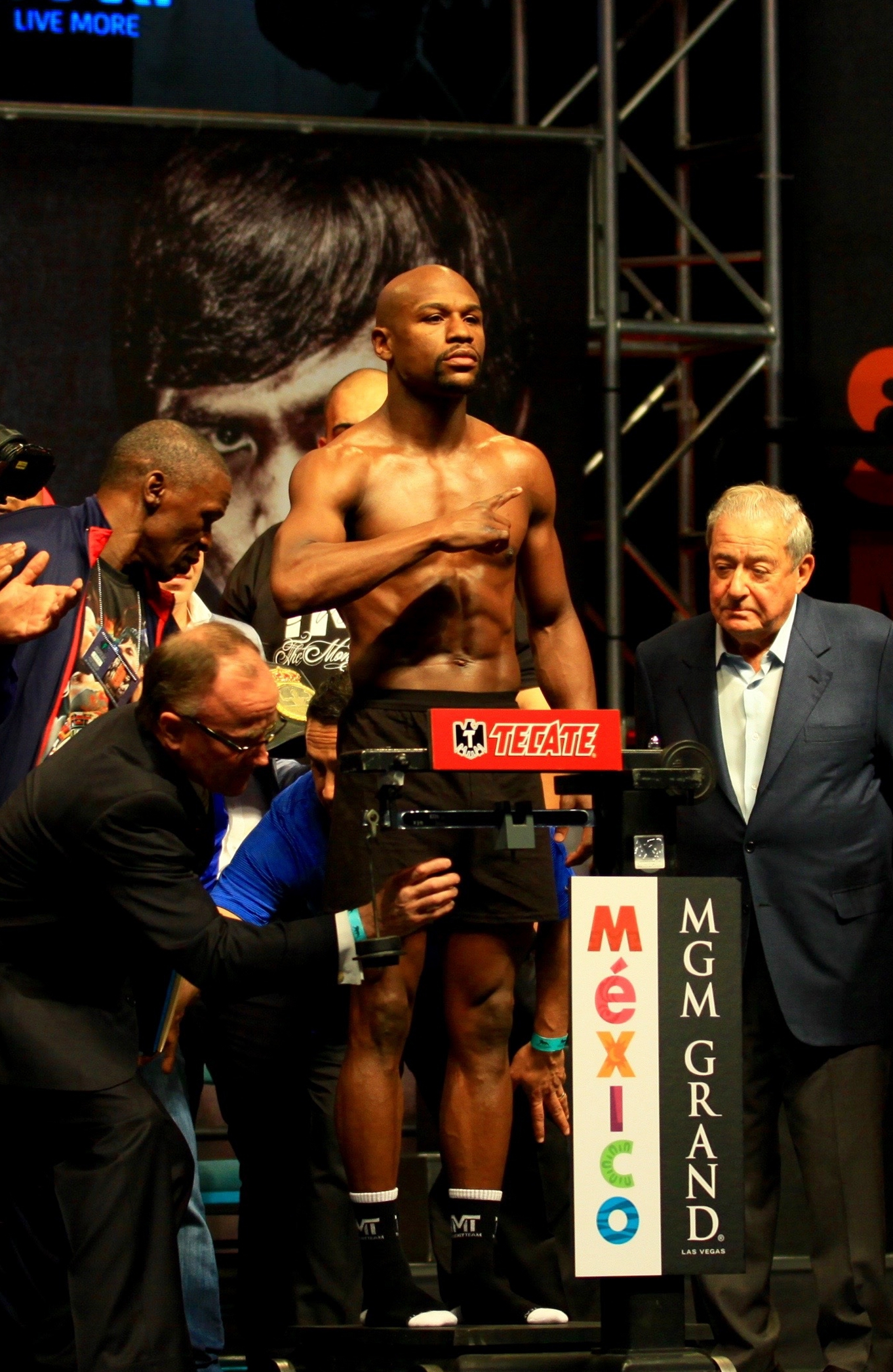 It looks like someone is hungry for another triumph and eager to take down a winner. Just a few hours after Conor McGregor's victorious comeback in UFC, American boxing legend Floyd Mayweather teased a possible rematch against McGregor this year.

It could be recalled that Mayweather and the Irishman faced each other in the boxing ring back in August 2017. The 43-year-old professional boxer beat McGregor via technical knockout during the 10th round, when the latter is obviously exhausted and about to go down after receiving Mayweather's punches.

Since then, fans of both camps have been insisting on seeing another money-fueled rematch, but it never happened until McGregor has completed his UFC comeback on Saturday.

A few hours after McGregor's victory, Mayweather took to Instagram and teased fans with a possible rematch. The photo he uploaded shows an image of himself side-by-side with McGregor with a "Mayweather McGregor 2 2020" text on the picture itself.

It also shows the logo of promoters such as The Money Team, Mayweather Promotions, UFVC and Showtime.

Moreover, it appears that Mayweather-McGregor 2.0 is indeed in the works as UFC boss Dana White confirmed there are ongoing conversations about the possible rematch.

"Floyd and I have been talking tonight. We're doing something with Floyd. There's so much going on, but Floyd is in our plans, and we are in Floyd's plans this year. We'll end up doing something," White said as reported by Mirror.

During his post-match press conference, McGregor responded to Mayweather's teaser poster and called the latter a "funny man."

"So it's me and Manny [Pacquiao]. Look, we'll see what happens. That Floyd, he's a funny man, old Floyd. See what happens," McGregor said.

"The discussions are always ongoing; they never stop. You know Floyd and going through money fast. So, he's far from retired. That rematch will happen at some stage."

Meanwhile, it looks like it is going to be a busy year for Floyd as he also teased a possible boxing match with McGregor's MMA rival Khabib Nurmagomedov.

Mayweather posted an almost similar image with the same promoters and American broadcaster's logo, only with Khabib's photo and text saying: "Mayweather Nurmagomedov 2020."

In an interview with TMZ Sports back in November 2018, Floyd said that he would only face Khabib if they get a match inside a boxing ring instead of Octagon.

"They came to me talking about the Khabib fight. Khabib called me out; I didn't call Khabib out," Mayweather said. "They said it has to happen in the Octagon, and I said, 'You just tell me where Khabib has made nine figures before in the Octagon."

That time, Dana White quickly dismissed the idea of having a Mayweather-Nurmagomedov boxing match since "The Eagle" is still under a contract with UFC.

White said that Khabib will be more than happy to finish his contract and negotiate directly with Floyd for a future bout.