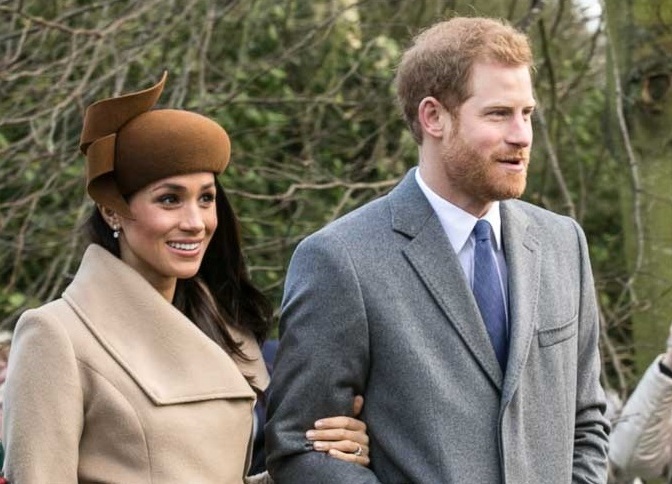 Amid the intense desire of the Duke and Duchess of Sussex to exit the royal family and live a normal life outside the palace, this also means a huge adjustment from their current lifestyle.

The couple will soon be stripped down off their HRH (His and Her Royal Highness) titles as well as their share of government funding.

In other words, the couple will be financially independent, as they wanted. AT LEAST, that is what they said they wanted.

Given that Meghan and Harry announced that they are stepping down as senior members of the royal family, the Canadian government has also disclosed that they will stop providing security support for the Sussexes in the coming weeks.

Confirming this, Royal Canadian Mounted Police (RCMP) released a statement through the news outlet CBC, saying that the protection they are providing Prince Harry, Meghan, and their son, Archie will officially end in March.

"The Duke and Duchess of Sussex choosing to relocate to Canada on a part-time basis presented our government with a unique and unprecedented set of circumstances."

The statement also mentioned that the department has been cooperative with the UK Metropolitan Police in terms of providing on-the-ground security to the family since November 2019.

"As the Duke and Duchess are currently recognized as Internationally Protected Persons, Canada has an obligation to provide security assistance on an as-needed basis. At the request of the Metropolitan Police, the RCMP has been providing assistance to the Met since the arrival of the Duke and Duchess to Canada intermittently since November 2019. The assistance will cease in the coming weeks, in keeping with their change in status."

It was reported that Prince Harry and Meghan, together with their 11-month-old son, Archie Harrison, stayed in a secluded $14 million waterfront mansion on Vancouver Island, where they spent their Christmas holidays.

Given that Prince Harry was born into The Royal Family, the Sussexes will still need security from the UK police being funded by the British taxpayers as stated on their official website, Sussex Royal.

"It is agreed that The Duke and Duchess of Sussex will continue to require effective security to protect them and their son. This is based on The Duke's public profile by virtue of being born into The Royal Family, his military service, the Duchess' own independent profile and the shared threat and risk level documented specifically over the last few years."

The Sussex will begin their transition on March 31 and will not be considered as senior royals by April.

Aside from being "financially independent", the couple will no longer represent the Queen on any royal engagements.

However, they will still be called Harry, Duke of Sussex, and Meghan, Duchess of Sussex.

In addition, they will also continue to maintain their private patronages and associations. Currently, Harry has 16 patronages while Meghan has four and these are: the National Theatre, London-based animal charity Mayhew, the women's charity Smart Works and the Association of Commonwealth Universities.