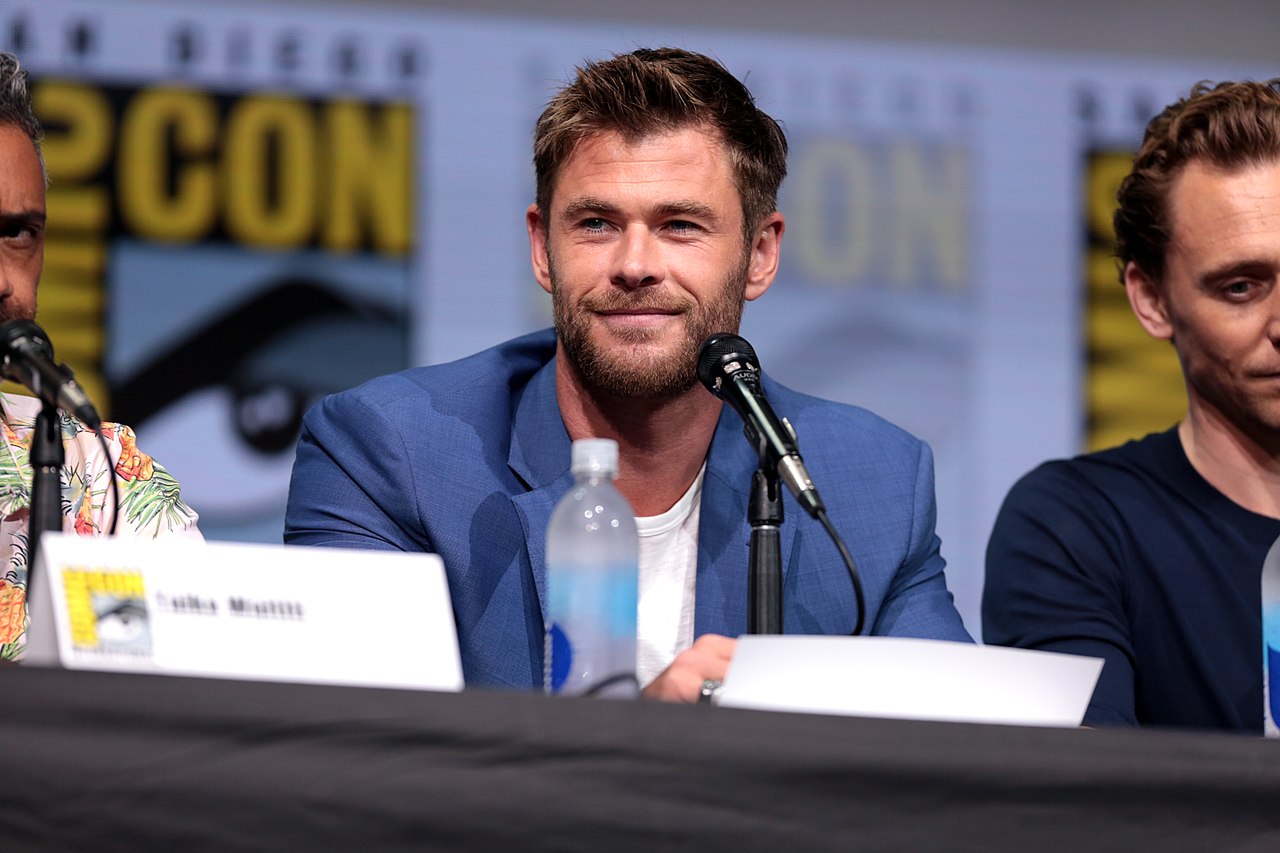 Things got a little awkward during the L.A premiere of the comedy-drama movie "Once Upon a Time in Hollywood" after Hemsworth got starstruck with the matinee idol.

Chris recalled the time when the Hollywood superstar went for a handshake but the Marvel star "went for the hug."

"He was fine with it," Chris told People Magazine, referring to Pitt. "I didn't get attacked by the security team or anything. It was fantastic. He was as wonderful and pleasant as I'd hoped and imagined."

The "Thor" leading man was accompanied by his Spanish wife Elsa Pataky and older brother Luke Hemsworth while Pitt was with his fellow "OUATIH" casts.

Moreover, in his previous interview with Australia's The Sunday Telegraph newspaper, Chris admitted that he got "suffocated" by his Hollywood career while living in Los Angeles.

"When you're suffocated by the work, every conversation that you're having and every billboard you're seeing is to do with a movie or whatever around the industry. You lose perspective," he shared.

In 2015, the 36-year-old actor left Hollywood to move back to his native Australia with his wife and three kids, 7-year-old daughter India, and 6-year-old twin boys Tristan and Sasha.

The Hemsworths choose to live a more low-key life in Byron Bay, where they spend most of their time outdoors and surfing the ocean.

"There's not a single person (in Byron Bay) that I interact with, or close friends of mine, that are really in the industry and so that's hugely refreshing, it's great for my kids and my wife," Chris added.

Although he was grateful for his career in Hollywood, the Aussie actor shared that his proudest achievement and number one priority in life is his family.

"I just want to stop for a while. I need to be home for a minute. Just enjoy it. It all flies by," he added.

On other news, Chris subtly dissed his brother's ex-wife Miley Cyrus during his interview with News.com.au.

When asked about his opinion with Liam Hemsworth's incredible toned physique in his Men's Health cover, he mentioned how his brother is staying active in the Land Down Under.

"Did you see the 'Men's Health' cover? I thought, 'not bad kid. Not bad,'' Chris mentioned. "He's out there training and staying fit, and back in Australia doing his thing."

"The Huntsman" star low-key threw a shade at the pop star, addressing their short-lived marriage that ended in divorce. "It's Australian living, I guess. We got him out of Malibu," Chris added.

Miley and Liam used to live in their two-story Malibu mansion which they purchased in 2016 for a whopping price of $2.5 million.

Unfortunately, their Malibu home got destroyed in a large wildfire across the northern part of California in 2018.

© 2020 ENSTARS, All rights reserved. Do not reproduce without permission.
TAGSChris Hemsworth Brad Pitt Once Upon a Time in Hollywood Hollywood Celebrity
SEE COMMENT
CLOSE COMMENT