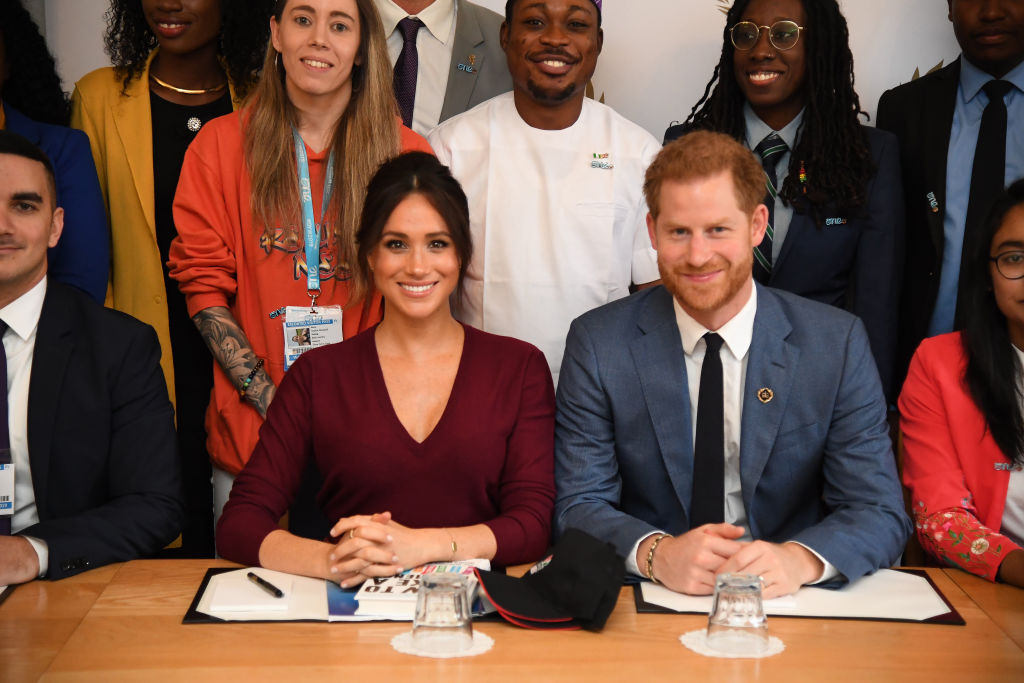 It has been four months since Prince Harry and Meghan Markle officially step down as senior members of the Royal Family. But even if they are now miles away from the Buckingham Palace, Queen Elizabeth II's bias against them is still obvious based on how she favors Prince William and Kate Middleton.

According to reports, the 94-year-old monarch felt a sigh of relief when the Duke and Duchess of Sussex decided to abandon their royal duties as it assures that they will never get the chance to become King and Queen of England.

A palace insider told Us Weekly that Her Majesty is pleased that Prince William and Kate Middleton will be her future successors. Queen Elizabeth II likes the idea that the British monarchy's future leaders have less drama surrounding them.

"Queen Elizabeth finds it refreshing that there's never any drama or scandal surrounding Kate and William," the source said.

While the Duke and Duchess of Cambridge have been hunted with cheating scandals in the past, that is still a light controversy compared to the dramas the Sussexes are involved in.

Even if they are already out of the Royal Family, the Sussexes continue to bring drama to the British monarchy. One example would be Prince Harry and Meghan Markle's newly released bombshell biography "Finding Freedom."

While the Sussexes camp denied having direct participation in the sensational biography, it contains tons of dramatic claims that allegedly lead them to push through with "Megxit."

The book written by Omid Scobie and Carolyn Durand claims that Prince Harry felt frustrated and overshadowed by the Cambridges even before he met Meghan. He allegedly felt being a "spare part" and an awkward plus one to the future king and queen couple.

Another "Finding Freedom" drama involves Meghan Markle's revelation that the Royal Family scolded her for wearing a necklace with the initials of her and Prince Harry's name.

It happened in 2016 when they are still a couple, and she is just one foot in the Royal Family. Meghan was reportedly devastated, emotional, and overwhelmed by how her boyfriend's staff would dictate what kind of jewelry she could wear.

Perfect For the Throne

Because of the dramas surrounding the Sussexes, the source claims that Queen Elizabeth II thinks the Cambridges are "the perfect suitors for the position."

Her Majesty favors Prince William and Kate so much that she started relegating some royal duties to the couple when she was put on isolation in Windsor Castle in the middle of the coronavirus global pandemic.

While Prince Charles will remain the next heir to the throne, the Queen has entrusted the Cambridges more duties.

"But Kate and William have been handed more new responsibilities than Charles," the source added, noting the delegated duties including "visiting hospitals and organizations and meetings with influential power players."