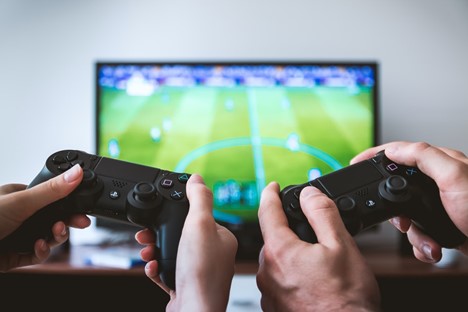 Who said that celebrities could not enjoy an exciting round of video games? It doesn't matter much what age or social status you have - pretty much everyone plays video games these days, and it's totally understandable. Gaming becomes more exciting and realistic day by day, and there are countless categories to choose from: racing, shooters, role-playing, stealth, sports, fighting, and more.

There are actually a lot of celebrities who like playing video games, meaning a small part of people from the total number of gamers in the world, which is estimated somewhere around 2.7 billion. Let's go ahead and convince ourselves that celebrities also know how to have some fun:

Vin Diesel is in love with Dungeons and Dragons, and he also likes Call of Duty

When it comes to gaming, the renowned actor Vin Diesel is a huge fan of a lot of titles ranging from MMOs to RTSs to traditional FPS's like the legendary Call of Duty.

The actor is even so passionate about video games that he founded Tigon Studios, a development company that helped with the release of Chronicles of Riddick.

Zachary Levi loves FPS's such as Call Of Duty and Destiny

First-person shooters such as Call of Duty or Destiny give the player a great feeling of dominance, which greatly confirms why these games can become insanely addictive. The American actor and singer Zachary Levi is a big fan of the Call of Duty and Destiny series, and he also plays other major titles like Gears of War and Battlefield from time to time. Zachary has clearly earned his gamer badge, if you ask us!

Jessica Alba was into classics

The actress and businesswoman Jessica Alba revealed that she was a passionate gamer when she was younger. She declared:

"I grew up playing Bomberman and Pac-Man and Super Mario Brothers and Zelda, where you had just this little guy who could barely walk and the music was like doot... doot... doot...."

Jack Black is known for roles in comedy movies such as "School of Rock" and "Tenacious D and The Pick of Destiny", so we shouldn't be surprised that the man likes to have fun in his personal life as well. Jack created a YouTube channel named 'JablinskiGames', where he plays old arcade games and Minecraft. The actor also revealed that one of his major achievements is completing Project Gotham Racing. Now play Minecraft Classic on Crazy Games, Miniclip, Armour Games and Poki online.

Samuel Jackson is an American actor and producer who voiced Officer Tenpenny in the 2004 game GTA San Andreas, one of the most popular video games in history. Samuel declared himself a big fan of the GTA series, and he also invests plenty of time playing Fallout and Call of Duty. A lot of people consider GTA San Andreas the best game of its series, as the title is known for its incredible gameplay.

The American actress and model Megan Fox is in love with the Halo franchise. During an interview with Collider, Megan declared that she enjoyed playing Halo Reach online with others.

There are so many video games out there to choose from that it would be impossible not to find gaming addicts in any social group. There are over 1.1 million video games in total, so don't think even for a minute that you'll ever be out of options!