Since hoverboard segways have been catching fire and making headlines worldwide due to safety concerns, sales of what's being called a hot holiday tech item are likely to suffer. Shoppers are crossing these combustable rolliing gadgets off their gift lists, opting for something safer. Viral videos of these self-balancing electronic scooters bursting into flames may be a deal breaker for potential buyers, especially if its on a child's holiday wish list. Manufacturers Swagway and IO Hawk assure consumers that their hoverboard segways are safety compliant and warn the public to beware of cheap knockoffs from China.

As The Verge reports, e-retailer Amazon have removed "Swagway" brand hoverboards from its online store. The manufacturer of the segway-like personal mobility device said that Amazon is questioning the safety of these futuristic travel devices.

"Amazon just sent out a notice to all 'hoverboard' sellers to "provide documentation demonstrating that all hoverboards you list are compliant with applicable safety standards, including UN 38.3 (battery), UL 1642 (battery), and UL 60950-1 (charger)," a spokesperson tells The Verge. "Swagway already meets all those certifications and is happy that Amazon has decided to take steps to weed out the low quality boards. As safety is always on the forefront for Swagway, we're glad that this is taking place, especially in light of recent concerns with the fires with the poor quality batteries," said Swagway's spokesperson.

Rival hoverboard segway personal mobility device maker IO Hawk says cheap, poorly made knockoffs create cause for concern. "When you take a look at the devices in some of the knockoffs that are being made right now, by some of these other manufacturers in China, it is very concerning. There's a big disparity between our product and a lot of the other products,"

CEO and president of IO Hawk, John Soibatian tells Fox News. During a show and tell teardown comparison of the IO Hawk against a Chinese knockoff, Soibatian explains that his units feature the highest quality Samsung lithium ion battery. "When you see the construction of our device, the battery is supposed to be properly mounted. The chargers that are used to charge the battery have to have the intelligence to shut itself off so it doesn't overcharge, impregnate the battery and potentially turn into a fire risk.

Major airlines, including American Airlines and Delta, have already banned the hoverboards. "Delta reviewed hoverboard product specifications and found that manufacturers do not consistently provide detail about the size or power of their lithium-ion batteries," Delta said in a statement. "While occurrences are uncommon, these batteries can spontaneously overheat and pose a fire hazard risk," the airline said. 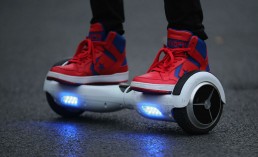 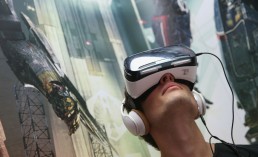