Get ready for sarcastic cats, 600-year-old witches, and linen closets that double as magical portals - Sabrina, the Teenage Witch might be the next '90s series to jump on the revival band wagon.

Melissa and Joey's Melissa Joan Hart appeared on FABLife earlier this week, and the actress dropped a major teaser for fans of Clarissa Explains It All and the old TGIF staple Sabrina, the Teenage Witch (see video below).

"I am going to a meeting after this," Hart said. "They're throwing around Clarissa and Sabrina ideas, but it depends on who's going to give up rights, who's going to do it, how it's going to be done. It's a lot of politics and we are nowhere near doing anything."

Nickelodeon's Clarissa aired for five seasons back in the early '90s before Hart moved to ABC for Sabrina in 1996. Those who can remember the adventures of the Darling family are probably well into their 30s, but Boston's favorite wisecracking witch is still a staple of '90s nostalgia.

Hart weighed in on the issue again on Tuesday:

The question I get the most these days... Will there be a reboot of Clarissa or Sabrina? Not right now but never say never. Sorry to be so vague! Thanks to my buddy @louievito for finding these articles and keeping me in the loop. #SabrinaTheTeenageWitch #ClarissaExplainsItAll

Which would you rather see? Clarissa Explains It All or Sabrina, the Teenage Witch? Sound off in the poll below! Hart can next be seen in God's Not Dead 2. 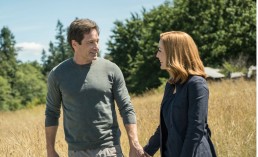 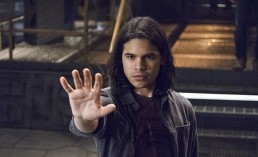 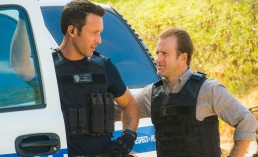 'Hawaii Five-0' Season 6: McDanno Take Their Carguments To The Hospital! Go Behind The Scenes Of The Finale [PHOTOS]

Meghan Markle's Baby WILL NOT Be A Prince -- Here's Why