Negan came. Negan conquered. Negan killed. But just which The Walking Dead character was beaten to a bloody death in the final moments of the season six finale?

Well, the camera switched to that character's point of view, meaning fans never saw their face—and won't likely be given an official answer as to the identity of our newest dearly departed friend until the opening moments of season seven later this year. And while that has pissed some fans off, it's perhaps already be clear just which character did fall victim to Negan's studded baseball bat, Lucille.

Between a few potential clues from the episode itself, as well as some hints from post-episode interviews with the show's creators and older quotes from the cast in mind, we've narrowed it down to just a select few characters who we believe could have been the ones killed.

In addition, we've also grouped every character into different areas—from those who are "definitely safe" to "most likely dead." Here's where everyone likely stands going into next season (and who is most likely to be dead):

He had to abandon his philosophy of not taking the life of another living, breathing human, but we know for sure that Morgan will be back in the Fall, since he was one of the few who was not captured by Negan and his saviors.

Ditto to the one-time fierce warrior, who also evaded being captured. She definitely won't be in great condition though since the lone Savior from her road ambush did manage to get a few shots in and injure her arm and leg, and she is still suffering from some sort of post-traumatic stress over the numbers of people she's killed, but she's definitely not Negan's victim.

While the group's leader was one of the ones in Negan's lineup, and is the one that he wanted to make the biggest example out of, he seems to be safe thanks to Negan's comment that if anyone tried stopping him from killing his intended victim, he'd feed Rick something unappetizing...

Yes, Negan threatened to feed Carl's remaining eye to his father if anyone stopped him. That threat likely means he isn't dead, because a threat like that wouldn't make sense if he was just going to beat the poor kid's head in.

After the show, Robert Kirkman and Scott Gimple confirmed that the character who died was "beloved" by fans, which then likely rules out the characters in the next group:

This leaves only four possible victims—and based on what members of the cast previously said about the finale script making them physically sick when they first read it, it could potentially mean that two of the four are still breathing:

Well, Dwight didn't kill him either, so fans don't have to revolt quite yet. While he could still be the one Negan killed, his death would only be sickening because the show lost a main character in a gruesome way—not because his death would be a reason for such an alarming reaction.

Again, losing Michonne would be devastating, especially since she and Rick are officially a couple now, but besides Rick losing a great fighter and his girlfriend, her death wouldn't be quite as heart breaking.

It seems cruel to get rid of the character so quickly after the fake out concerning his death earlier in the season, but he was Negan's victim in the comics—and he's an expectant father. Knowing he'd never meet his child would be devastating.

She was already in bad shape when she was captured, and she's pregnant with Glenn's baby. Sacrificing a pregnant woman to get his horrifying point across could actually be the perfect way for Negan to teach the lesson he wanted.

Who do you think Negan actually killed? Do you agree with us about it most likely having been Glenn or Maggie? Sound off in the comments below. 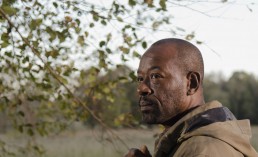 'The Walking Dead' Season 6 Finale Spoilers: Will Morgan Get Taken Down By The Saviors? [VIDEO] 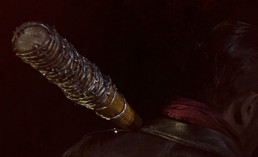