Two of the Sony's famous smartphones Sony Xperia XZ, Xperia X and Xperia X Compact have reportedly seeded for Android Nougat operating system. Rumors are suggesting that Sony will follow through the update for Xperia X5, Xperia Z4 and other handsets.

As we mentioned in our previous report that the users of Sony Xperia XZ and Xperia X and Xperia X Compact will have the chance to experience the Android Nougat this December. The Japanese company has started rolling out the latest Android mobile operating system to its two well-known models.

According to the report by Indian Express, Sony has made the announcement through their official Twitter handle and advised the users to watch for the notifications as the update has started rolling out in a phase manner.

The company has also claimed that the collaboration with Google and Sony Xperia will give the smartphone an improved battery life. With Sony's latest messaging app, the company also claims that users can now share videos and audio with just a few taps.

Android 7.0 Nougat will give the smartphone with manual camera settings control with manual focus and shutter speed controls similar to Xperia XZ.

The Nougat update will come in a 1GB file size. It has started rolling out in countries like The Netherlands, Turkey, Russia and Australia. The update also provides new features like "Stamina Mode" and few enhancements to the camera app.

"Sony has rolled Android Nougat update to selected Xperia X models last week. Xperia X Compact (F5521), Xperia X Dual (F5122) and Xperia X (5121) are among the selected models to receive the initial rollout with build number 34.2.A.0.266 as shared by the users," Sony said in their official Xperia Blog.

For the older handsets such as Xperia Z5, Xperia Z4, Xperia Z5 Compact, Xperia Z4 tablet and Xperia Z3+, Android Nougat is expected to roll out in the first or second quarter of 2017.

However, for those older handsets powered by Snapdragon 800 or 801 chipsets such as Z Ultra, Z1 Compact, Z1, Z2, Z3 Compact and Xperia Compact will not be upgraded to Android Nougat. 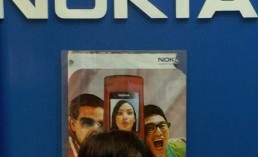 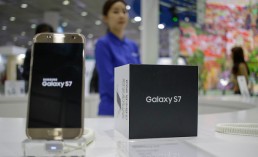 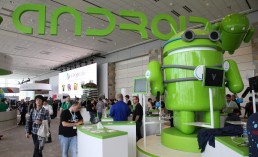