Valve Corporation, a video game developer, and publisher, is aware that some of its employees were actually responsible for leaving subtle traces of clues for "Half-Life 3" on the internet. Even the company's president, Gabe Newell, acknowledges the teasing of the developers about the elusive third sequel.

One of the many subtle clues that Valve developers left on the internet are the new image of what appears to be a logo of the franchise sitting on the desktop of a Windows computer, according to the report from Venture Beat. The icon in mention seems to resemble "Half-Life 3" based on its design and the number three on top of it.

However, the name of the file is somehow different. It was named as "VR3" or W3" instead of the obvious "HL3." This doesn't stop the fans, though, to speculate about the development of "Half-Life 3," as apparent on the new subreddit thread created as soon as the image was spotted on the internet.

When asked by this specific photo, Valve communications specialist, Greg Coomer, admitted to the reporters at the interview session in Valve's headquarters last week that the picture being out is news to them. "Honestly, those icons have floated around this office for quite a while. None of us are going to be able to tell you what that is or why that's there," he added.

Meanwhile, Newell has added some insights into the situation and mentioned that some "childish" developers have had previously teased the fans at past events with "Half-Life 3" t-shirts. This is probably a reference to the 2011 incident where Chandana "Eka" Ekanayake, a Seattle-based game developer, spotted a man wearing the said shirt at a local developer's conference.

Valve, unfortunately, did not go into any specifics regarding the status of its elusive "Half-Life 3" title. And at this point, it would be best for the fans to keep an open mind until the developer officially releases a specific statement regarding the matter. 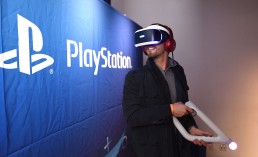 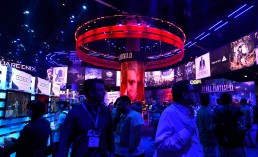 This Week’s Xbox Deals With Gold News: Grab ‘Final Fantasy XV,’ ‘Overwatch,’ And Others More At A Discounted Price 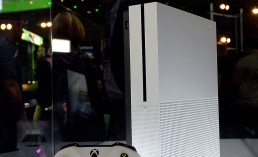