WWE diva Paige may have big problems up her sleeves, as recent leaks of the actress having nude photos were witnessed all over the Web. That being said, the fate of the professional wrester's character may very well be in jeopardy, or at least how some see it.

Some may know Paige or Saraya-Jade Bevis as the anti-diva as soon as she debuted in WWE NXT, immediately making an impact in the billion-dollar company. Her credentials have led her to the peak of her career and immediately became one of the top stars shortly after. Just as she was setting herself up for a stellar number of years, she faced issues such as recovering from a neck injury, as well as being suspended because of a wellness policy violation. Nothing could have prepared the WWE diva for a massive naked photo and video leak that crawled its way to the public eye.

According to Perez Hilton's post, Paige went to Twitter and confirmed how her personal and private photos were allegedly stolen and disseminated in public without any consent from her. It can be recalled that other identical scenarios have occurred in the past, affecting the publicity of other Hollywood names such as Brie Larson, Kate Upton, Jennifer Lawrence and Emma Stone, with the culprit spending over a year and a half in prison.

As per Comic Book, the WWE star's family members have continued to support her, despite the rough road that Paige is facing. One of the more crucial parts that could affect Paige's future is that she is still under contract with the WWE, which was said to have come to an end as soon as her known lover Alberto Del Rio exited the company himself. The particular event could go both ways for her, either as grounds for termination or could be a more motivating drive for her in-ring WWE return.

Many fans of the gothic, fierce femme fatale are still anticipating to see her once again, although there are still some factors to consider the potential delay of such. Until then, stay posted for more news and updates. 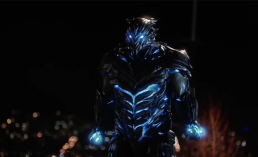 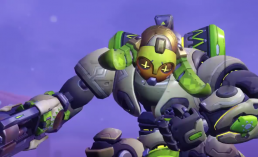