The Las Vegas police are currently conducting an investigation whether Michael Bennett, the defensive lineman for Seattle Seahawks was involved in a possible altercation right after his detention. It can be recalled that last August 27, the police detained him and now, his lawyer requested for an independent investigation into the incident.

Like what Bennett has mentioned in the previous reports, he was detained by the police for reason of being a black man and that he did nothing more for him to be detained. But according to USA Today, the Las Vegas authorities had another version of the issue telling that Bennett was seen crouching behind gaming machine before he ran out of the casino.

Moreover, reports claimed that the officers responded to reports detailing a shooting incident at the Cromwell Las Vegas Hotel and Casino and the police pursued Bennett. The authorities then detained him and were looking for a possibility if he was involved in the altercation at the hotel casino before he was detained.

Until now, reports claimed that the police could not still confirm if Bennett was involved in an incident at the Drai's Nightclub inside the hotel that was previously mentioned. His lawyer, who is also a famed civil rights attorney shared that he did not know any sort of incident that night before Bennett was detained.

Meanwhile, Bleacher Report claimed that the NFL already released their statements reading the incident and the possible involvement of Bennett. According to Commissioner Roger Goodell, Bennett represents the best of the league and he is also considered a leader on his team and his community. The league will continue to support Bennett and all the players of NFL in the promotion of mutual respect between the communities and the law enforcement.

Reports also added that Bennett's lawyer claimed that the authorities have started a "smear" campaign against his client. With this, he wanted to have an independent probe into the incident and wanted the 911 calls and incident report to be released. Bennett just posted his side of the story on social media and shared that he was singled out by the officers as he was trying to run away from the sound of gunfire while returning to his hotel. 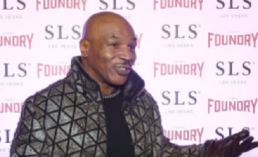