The NBA Eastern Conference's eight-seeded team, Chicago Bulls announced on Friday that they will be missing point guard Rajon Rondo in the upcoming games against the Boston Celtics because of a right thumb injury.

The approximate date for the return of Rondo, which is one of their starters, has not been announced by the team yet but it was mentioned that the injury of the Bulls' point guard will not require surgery. Head coach Fred Hoiberg said Rondo will be on the bench for a couple of postseason games against the East, wearing a cast that is reportedly part of his re-evaluation.

During their last three games on the final week of the Bull's regular season this year, Rondo suffered a wrist injury that resulted for him to miss all three games. According to ESPN, this previous injury had something to do with what Rondo has been experiencing now, adding the events that happened on the previous game 2. Hoiberg stated that Rondo's thumb injury on the previous game occurred when he was in possession of the ball and his thumb hit the elbow of Celtics' power forward, Kelly Olynyk.

It was also reported that Rondo's injury is serious and his possible return will depend on the Bulls' fate in the postseason. Following two straight victories against the top-seeded team during games 1 and 2, the Bulls are now one of the few teams who led the first round series 2-0 against the number one team in the East regular season. But the Bulls recently took their first loss in the playoffs when the Celtics beat them on Friday with their first postseason victory.

Rondo's missed points and assists from the past games were documented after the game. On the postgame interview, Bulls' star players, Jimmy Butler and Dwayne Wade discussed what changed over the previous two games and the recent game 3 now that Rondo has been out. 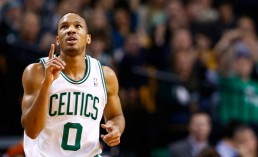 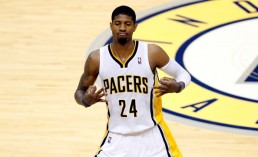