Tiger Woods was arrested last May due to driving under the influence and latest reports confirmed that he is scheduled to make his first court appearance. But his legal counsel just informed the Associated Press that he will not be attending the arraignment slated on Wednesday wherein important arrangements will be discussed and settled.

It was reported on USA Today that Tiger Woods seemed to meet the qualifications of first time DUI offended program of the Palm Beach County. The said program features a 12-month monitoring program which can replace the jail time or the community service. It can be recalled that the certain program was established four years back and this deal can be settled during the arraignment.

If the 14-time world golf champion will submit himself to the said DUI program and completes it, there is a chance that the DUI charge will be dropped as well as the case. Examining Tiger Wood's case, his lawyer said that there is no any other reason why he should not be granted entry to the said program.

Tiger Woods' legal counsel also shared that the case is very similar to the past DUI cases he has handled before and his clients were given entry to the program. Originally, Woods' hearing was scheduled last July 5 but was moved to August 9.

According to CNN, if Tiger Woods will not make his appearance in the scheduled arraignment, his lawyer can represent him and can enter a not guilty plea on his behalf. But even if this is the case, Woods will still be required to attend and make himself present for other hearing for any other plea. Woods can enter the 12-month long program intended for first-time DUI offenders provide that he will plead guilty to reckless driving and then agree to some other conditions.

Last Tuesday, the Palm Beach County State Attorney's Office made three fillings which can be beneficial to Tiger Woods' admittance to the said program. Usually, the decision to allow a defendant take the 12-month long program for the first time DUI offenders are made and settled after the arraignment. 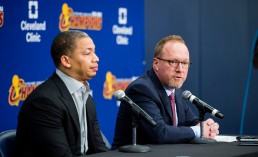