NBA fans have been wondering if the Kyrie Irving and Isaiah Thomas will be decided already since the deal is taking a long time to be finalized. Reports claimed that one of the factors that keep the delay is because the Cavaliers might ask for an extra asset before finalizing the trade deal.

Because of this latest issue, some details as mentioned on CBS Sports were released with regards to the update on the said NBA blockbuster deal. Last August 22, the Cavaliers agreed to trade Irving to the Celtics in exchange for Thomas, Crowder, Zizic and the Nets' 2018 first-round pick. But before that, the Irving trade request was a shocker the NBA realm most especially to the fans of the Cavaliers.

After that, Ainge was on a media conference call to welcome Irving to the Boston Celtics and to say an emotional goodbye to Thomas and Crowder. Because of this announcement of a conference call, everybody thought that the deal was finalized and one but it is still in the process.

The reason which was revealed that caused the delay was that the Cavaliers might consider rescinding the trade after it was found out that Thomas is suffering from an injured hip. His injury also resulted in the end of his season after Game 2 of last seasons' Eastern Conference finals.

Furthermore, reports were rife that the Cavs will seek additional pay for NBA All-Star player but it was later reported that the Celtics will strongly resist giving additional compensation. The Boston Celtics believe that they had been transparent with the Cavs regarding the current status of Thomas' health.

According to New York Daily News, those above-mentioned details make up the current status of the Irving-Thomas trade deal with the Cavs and the Celtics locked in a game of chicken. But it was reported that the Cavs set August 30 as the deadline for finalizing the deal and everybody is looking forward to that date.

So many predictions have been made out from this undecided trade deal between Irving and Thomas. For the most part, some think that the Cavaliers are bluffing since it seems like they are using the hip situation of Thomas as a means to ask a little more out of the trade agreement. 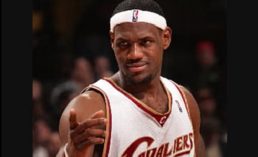