As more details emerge revolving the Harvey Weinstein scandal, some of his victims are giving more information about the producer's unforgivable acts. Weinstein is currently facing over 80 allegations of sexual misconduct. Actresses Angelina Jolie, Ashley Judd, Rose McGowan, and Lupita Nyong'o have all spoken against the once celebrated Hollywood mogul.

Gwyneth Paltrow has also spoken against Weinstein and recounted that the producer offered multiple times to give her a massage, which she turned down. The actress is now claiming that Weinstein also used her name to 'lure' women.

Paltrow spoke with The New York Times and stated that Weinstein was "bragging" to other actresses that she slept with him in order to seduce them.

"He's not the first person to lie about sleeping with someone, but he used the lie as an assault weapon," Paltrow said.

The actress states that she was recently given this information after connecting with some of Weinstein's other victims.

When Paltrow came out with her story, the actress stated that she was at the Beverly Hills Hotel with Weinstein for a meeting when the producer put his hands on her. Paltrow told her then-boyfriend, actor Brad Pitt, about the incident and Pitt confronted the producer. Weinstein told Paltrow not to mention the encounter to anyone else after that.

The actress said this occurred during the filming of the movie Emma. Paltrow has also starred in the film, Shakespeare in Love, for which she won her first Academy-Award. Shakespeare in Love was produced by Weinstein's company, Miramax.

Though most of the accusations against Weinstein are passed the statute of limitations, the producer is being investigated for allegedly raping actress, Paz De Lueta, which could lead to him being arrested.

Since the accusations against Weinstein, more men in Hollywood have been accused of sexual assault, rape, or harassment. Actor Kevin Spacey, who starred in the popular Netflix series, House of Cards, is facing allegations from several men, including actor Anthony Rapp. The men who have come forward claiming that Spacey has either "groped" or "inappropriately exposed himself" to them over the years.

Spacey is currently seeking professional treatment and has been fired from House of Cards.

Meanwhile, Weinstein's wife, Georgina Chapman, left him amid the allegations and has stated that her primary focus is raising their two children as best she can despite the current situation. 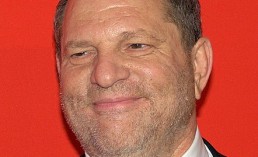 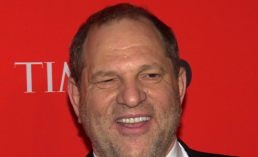 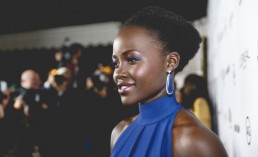