Charmed actress and Harvey Weinstein accuser Rose McGowan is facing arrest for drug possession after she left some of her belongings on a flight.

McGowan, who recently came forward with allegations of rape against Weinstein, has an arrest warrant issued in her name for felony possession of a controlled substance.

The warrant, authorized by the Metropolitan Washington Airports Authority Police Department, was issued on Feb. 1, following a police investigation after traces of narcotics were found in her personal belongings. The actress had allegedly left some of her personal items behind on a United flight that landed at the Washington Dulles International Airport on Jan. 20, according to the Associated Press.

"Her personal belongings that were left behind from a flight arriving on Jan. 20 tested positive for narcotics," a spokesman for the Metropolitan Washington Airports Authority Police Department, Rob Yingling said in a statement obtained by Deadline. He also added that the police have been trying to get in touch with the actress so she can make an appearance in court and respond to the charge.

McGowan, 44, also tweeted about the arrest warrant on Monday, Oct. 30, referring to it as a "load of HORSES**T" and claiming that this is all part of a conspiracy to silence her.

Are they trying to silence me? There is a warrant out for my arrest in Virginia. What a load of HORSESHIT.

Earlier this month, the actress, whose credits include films like Scream, Planet Terror, and Grindhouse, accused Weinstein of raping her in 1997 when the two of them attended the Sundance Festival. She has also claimed that actor Ben Affleck was aware of the Hollywood producer's sexual misconduct towards her, as previously reported. She also alleged that one of Weinstein's associates also offered to buy her silence for $1 million.

McGowan opened up about life after the alleged rape in a speech at the Women's Convention in Detroit on Friday, Oct. 27.

"I have been silenced for 20 years," she said at the event. "I have been slut-shamed. I have been harassed. I have been maligned and you know what? I'm just like you. ... What happened to me behind the scenes happens to all of us in society and it cannot stand and it will not stand."

McGowan is among the dozens of women, which includes the likes of Ashley Judd, Angelina Jolie, and Lena Headey, who have come forward with allegations of sexual harassment against Weinstein after the New York Times published an explosive story on Oct. 5, detailing the producer's history of alleged misconduct that dates back decades. 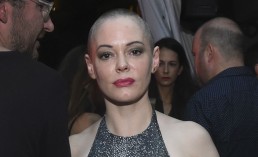 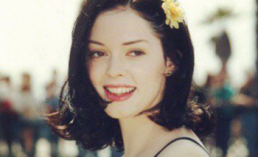 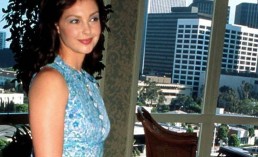