The 60th Grammy Awards are just weeks away and Enstars is celebrating this momentous anniversary by reflecting on the past 28 years of Grammy performances.

Part one of our series takes us back to the 1990s, where several music legends delivered impeccable performances. These music icons also laid out the blueprint for what makes a memorable Grammy moment for future generations of performers to follow.

Before Billy Joel was selling out Madison Square Garden every month, he gave the Recording Academy a history lesson with "We Didn't Start the Fire." While Joel and his band performed the song, a sideshow collection of photos and videos blasted across the screen.

It is no easy task to open the Grammy Awards, but the Divine Miss M delivered a moving interpretation of her hit: "From A Distance" at New York City's Radio City Music Hall. Backed by a gospel choir, Midler delivered one of the best vocal performances of a career.

16 years later, the "Wind Beneath My Wings" singer would conquer Broadway with her performance of Dolly Levi in the Hello, Dolly revival.

One year before Eric Clapton took the stage at the 1993 Grammy Awards, his world was shattered after his son Conor fell from a window of a 57-story New York City apartment complex. Clapton turned to music and created one of the most heartbreaking pieces in his songbook: "Tears in Heaven."

The "Sunshine of Your Love" guitarist delivered a moving performance of the track at the 1993 Grammy Awards.

The late Whitney Houston delivered one of the show-stopping performances in the history of the 1990s Grammy Awards when she sang her powerful interpretation of Dolly Parton's "I Will Always Love You."

Houston started the song a cappella and continued to showcase her once in a lifetime vocals as The Bodyguard footage was shown behind her.

One of modern rock's most influential voices delivered a haunting performance at the 1995 Grammy Awards. Without having a guitar at his side, Springsteen delivered one of his personal best vocals of careers when he performed his Oscar-winning tune "Streets Of Philadelphia."

At the 1998 Grammy Awards, the Queen of Soul proved to millions of recording artists around the world that you can perform music outside of your own genre. When the late opera maestro Luciano Pavarotti fell ill, Aretha Franklin stepped in and performed the signature opera aria "Nessun Dorma."

Franklin's outstanding vocal performance continues to be one of the greatest performances in Grammy Award history.

20 years ago, the legendary rock group Fleetwood Mac made their final appearance at the Grammy Awards. The Rumours lineup of Mick Fleetwood, John McVie, Christine McVie, Lindsey Buckingham, and Stevie Nicks delivered a medley of three of the band's biggest hits: "Rhiannon," "Go Your Own Way," and "Don't Stop."

Four years after Christine McVie returned to the group, the rock band will be honored by the Recording Academy at the MusiCares event.

In 1997, a little film called Titanic took the whole world by storm. At the heart of the film was "My Heart Will Go On." Celine Dion's superb vocals brought the song to life and gave audiences chills every time she sang it.

Nearly 19 years after Dion delivered a powerful interpretation of the song at the Grammy Awards, the Las Vegas headliner performed the song at the 2017 Billboard Music Awards to commemorate the film's 20th anniversary. 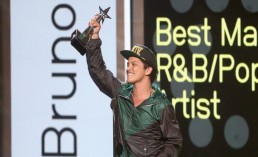 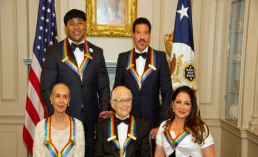 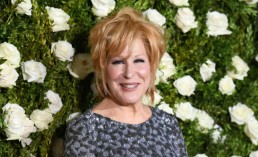