Briana DeJesus and Javi Marroquin reunited in Florida earlier this week, and shortly thereafter, the Teen Mom 2 star and mother of two went under the knife.

According to a new report, DeJesus traveled to Miami, Florida, which isn't far from her hometown, and received a number of procedures from Dr. Michael Salzhauer, who is also known as Dr. Miami.

On Feb. 1, Radar Online shared a report revealing that DeJesus arrived at Dr. Salzhauer's office on Thursday morning with her on-again, off-again boyfriend, Marroquin, in tow.

As the news outlet revealed, DeJesus was in town just seven months after welcoming her second child, daughter Stella, to receive a three-part plastic surgery procedure. During the procedure, she reportedly received a butt reshaping, a tummy tuck, and a breast lift.

“We’re going to reshape the booty, because with the pregnancy, some of the pregnancy weight went to the booty. So it’s a little too big for your frame. So we’re going to balance that all out,” Dr. Salzhauer explained in the video taken during the surgeries.

As Teen Mom 2 fans may recall, DeJesus also paid a visit to Dr. Salzhauer's offiice two years ago and received a mommy makeover, which included a butt lift, a breast augmentation, liposuction, and labiaplasty.

Earlier in the day, a separate Radar Online report revealed that DeJesus had confirmed she and Marroquin were together in Miami on her Snapchat account.

DeJesus and Marroquin previously announced their split midway through last month. At the time, the couple seemed to call it quits due to the distance between them, but many believed they would ultimately reconcile. That said, not many believed their reconciliation would come so soon after their online feud.

Prior to DeJesus' surgeries in Miami, Kailyn Lowry and her son, five-month-old Lux Russell, traveled to Miami for her own set of surgeries. However, after thinking her surgeries through, Lowry decided that she did not want to go through her procedures and instead told fans that she would put her money toward a nutritionist and begin exercising again. 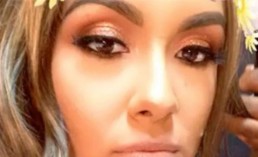 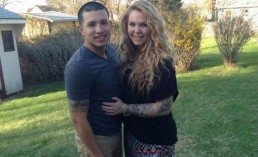 Could Kailyn Lowry And Javi Marroquin Get Back Together? 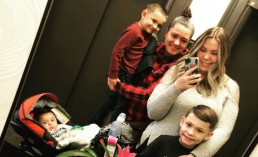