The Kardashian-Jenner clan surely knows how to keep their fans guessing. Now that the speculations about Kylie's pregnancy are over --well until she posts an actual photo of her daughter Stormi Webster --Khloe Kardashian can get some attention.

On Tuesday, Feb. 7, the first-time mom sent Twitter into a frenzy when she posted on Snapchat photos from her dinner party. By the looks of the dinner party's color scheme, Khloe's followers believed that she was hinting that she is having a baby girl.

Prior to posting the photos, the 33-year-old shared a video where she stated that the party was not her baby shower, but that didn't stop everyone from assuming.

@khloekardashian so Khlo r u having a girl? & your baby shower is going on right now? I spy pink nails and an all pink party the Kardashian’s are at..

Khloe Kardashian is definitely having a girl all the flower she receives are pink — Farrah (@FPahree) February 7, 2018

@khloekardashian I open this pink your posting means your having a girl! That would be so amazing if you have a little girl and Stormi and Chicago all get to grow up together being so close in age! Either way I’m so happy for you and @RealTristan13!

WIll There Be A Trifecta?

If Khloe does give birth to a girl, that would make the third girl in the Kardashian-Jenner family early this year as both of her sisters Kim Kardashian and Kylie Jenner just welcomed daughters. Kim and Kanye welcomed their child, Chicago West, via surrogate on Jan. 15, and Kylie revealed that her first child with Travis Scott, Stormi Webster, arrived on Feb. 1.

Speculations also grew when Khloe took to Instagram to share new photos of her baby bump. The Good American designer posted an updated photo of her belly at 29 weeks. However, that didn't stop her fans from noticing that she had pink nails in the picture, which led them to believe that was another hint that she is having a girl.

Kylie Jenner fans may remember that she shared a photo of her pink nails prior to confirming her pregnancy, which also led fans to assume that she was having a girl. So it looks like Khloe could be taking a page out of Kylie's book with this one.

Khloe is slated to give birth to her first child with NBA player Tristan Thompson sometime in April. 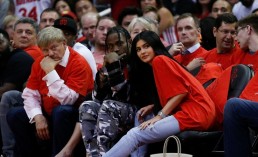 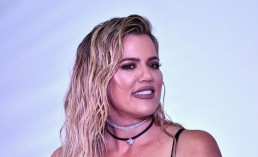 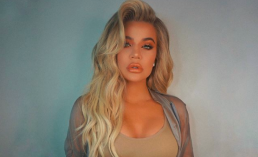