Nicole Eggert is continuing her fight against Scott Baio by giving her side of what she endured. The actress recently opened up to Entertainment Tonight that after the alleged abuse, she considered ending it all by taking her own life.

After reports came in that the actress filed an office police report against her former co-star, Eggert sat for an interview with Kevin Frazier from ET where she recounted what happened after her first sexual encounter with the actor.

"I was 15 years old standing on the bridge over the L.A. River at Ventura and Vineland in Studio City, and I looked down at that dry river bed and I'm sobbing, I'm sobbing. I'm sobbing and I looked at it, and I said to myself, 'It's not a legit bridge, you're not going to die, you're going to break a lot of bones and you're not even going to kill yourself. Get home.' You know, crying even harder, because, like, 'You idiot, what were you just thinking?' But you are lost, and hormones are going and raging, and just sexual hormones, you know? Growing hormones," Eggert stated.

Eggert continued that Baio began to physically and mentally abuse her when she wanted to start dating boys her own age. The actress elaborated that Baio would "fat-shame" and "bully" her on set by pushing her around or dragging her by the hair on set.

The Baywatch actress also said that since coming forward with her allegations, she's had a difficult time facing the public, even her two daughters, Dilyn and Keegan. However, the actress claimed that her eldest daughter, Dilyn, has been very supportive.

Eggert's manager, David Weintraub, also commented that the LAPD has begun its investigation against Baio and that Eggert is fully cooperating with the authorities

Meanwhile, a representative for Baio stated on behalf of the actor that Baio was "glad" Eggert took her story to the cops and is still denying Eggert's claims. The allegations made headlines after Eggert made a series of accusations on Twitter against the actor. Afterwards the actress made an appearance on the Megyn Kelly Today show where she spoke more about the alleged abuse when she was younger.

Baio did confirm that he and Eggert had consensual sex when she was 18 and dated briefly after Charles in Charge ended. 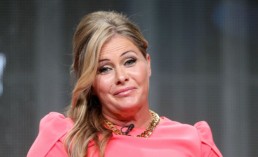 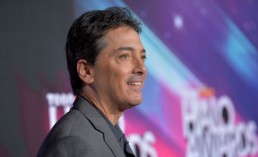 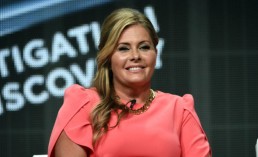