Scott Baio is challenging Nicole Eggert's claims against him, even daring her to go straight to the authorities. Baio stopped by Good Morning America to once again dismiss Eggert's allegations that she was sexually assaulted by him, and to give his side of the story.

In an exclusive interview with Amy Robach, Baio fiercely denied Eggert's story and stated it was impossible for any sexual misconduct to ever occur. Baio stated that while on set for Charles in Charge, there were other adults on set that would have witnessed any inappropriate behavior.

"So how any of this could've happened is absolutely impossible, and I don't know how anybody can believe what she's saying when her first allegation of having sex when we were 17 had been proved to be 100 percent false and her story keeps changing," Baio stated during the interview.

Baio also mentioned Eggert's statement in an interview with Wetpaint that she and Baio were involved in a relationship and that Baio allegedly took her virginity when she was 17. Baio said that Eggert has told lies repeatedly since 2013.

When Robach mentioned that fellow cast member Alex Polinsky commented that he had witnessed "suspicious cuddling" between Baio and Eggert, Baio replied that he had "no idea" where that story came from.

"The story seems to change quite a bit and I can't keep up with it, quite honestly," Baio continued. The Happy Days star also added that he decided to do the interview to protect his 10-year-old daughter from the "false" allegations. Baio is confident that if Eggert goes to the police the truth will come out.

Eggert, who also starred on Baywatch, brought the accusations to light after she responded to a tweet from another user who commented on Baio's support for Trump. Following this, Eggert posted several follow-up tweets where she described that Baio assaulted her from the ages of 14-17.

Eggert then made an appearance on the Megyn Kelly Today show, where she claimed that the abuse continued repeatedly after Baio "fingered" her in his car. Eggert also alleged that other cast members were aware of the abuse. 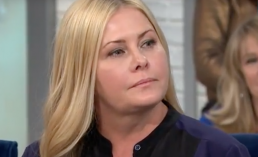 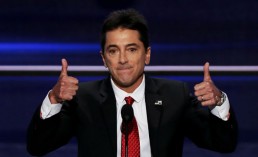