Scott Baio confirms that his wife Renee is suffering from chronic microvascular brain disease after the former stuntwoman revealed her diagnosis on Twitter.

Renee, who has been married to the actor for more than 10 years, first mentioned the disease as a response to a concerned Twitter user who asked her about her health. She replied by revealing that she has been diagnosed since October 2017.

Besides having 2 meningioma brain tumors, in Oct 2017 I also learned I have Microvascular Brain Disease. @Jerseyshore06 — Renee Baio (@MrsScottBaio) March 10, 2018

In support, Scott retweeted Renee's post with his own words, calling her the toughest person he knows. The actor also talked to The Blast to shed more light on his wife's chronic illness.

"She was a former stuntwoman and had a massive brain injury in '92 due to a jet ski accident," he says. "We don't know if her tumors and this new disease has anything to do with this."

Renee, 45, is most known for her stuntwork in Baywatch in the '90s.

"All we know is she must live as stress-free, depression free and anxiety free life as possible and a get good amount of sleep each night," Scott continues. "This new disease can cause strokes and dementia."

According to Health Line, when it's untreated, microvascular brain disease can also lead to mental decline as well as problems with walking and balance.

The couple has a daughter Bailey DeLuca, 10.

It's not the first time Renee has dealt with health issues. In 2015, the stuntwoman was found with a meningioma brain tumor.

"God does not challenge weak people - he has laid this upon me and I'm not going to question it," Renee told People in 2015, adding that she just wants to bring awareness to her illnesses. "If I can save one person along the way, I'm okay. The trials and tribulations my special needs kids go through daily is far greater than the journey I'm about to go on."

She has also been diagnosed with early breast cancer — which has been associated with meningomas — in 2010, which led to three successful lumpectomies over the years.

Renee's struggles with her health are not the only issues the Baio family has been dealing with in the past months. The sitcom actor was recently accused of sexual abuse by his Charles in Charge costars Alexander Polinsky and Nicole Eggert, both of whom were minors at the time.

Baio has denied all allegations, saying that he expects to be cleared with the police investigation of the incident. 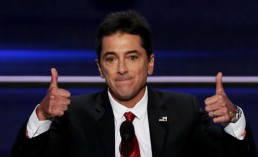 Scott Baio Expects To Be 'Fully Cleared' After Police Investigation 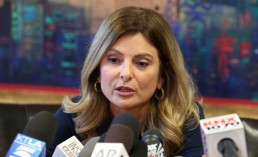 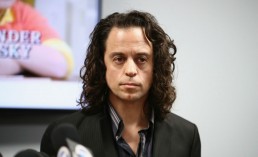