Alexander Polinsky has now claimed that he was sexually and physically abused by his former co-star, Scott Baio. Polinksy and fellow star Nicole Eggert held a live press conference on Wednesday, Feb. 14, to further elaborate on the abuse they allegedly suffered at the hands of Baio.

The former child star couldn't hold back the tears as he recounted the alleged abuse that began when he was 11 years old. The actor stated during the live conference that the abuse began after he witnessed Baio and Eggert engaging in sexual activity. Baio allegedly struck Polinsky down and called him a "faggot."

After that Polinksy claims that Baio would constantly torment, torture, and bully him with homophobic taunts. The actor continued that Baio exposed his genitals to him and taunted him while doing so.

"He said I'd never be loved by a woman because I was so effeminate, I'd laugh along while choking back tears," Polinsky stated. The actor echoed the same sentiments as Eggert when he stated that others knew of Baio's behavior but were "too afraid" of losing their jobs to come forward.

Polinksy ended the conference by stating that he only wanted to spare any future young actors and actresses from the suffering he endured. Of Baio, the actor claimed that he had not spoken to the Happy Days star in ten years but that Baio did try to apologize to him.

The allegations against Baio made headlines after Eggert repeatedly tweeted that the actor molested her during the production of Charles in Charge. The actress then gave her first interview on the Megyn Kelly Today where she further elaborated that the actor began abusing her when she was 14 years old.

The actress alleged that the abuse continued to the age of 17 and that he became physically violent with her after she stated she wanted to date boys her own age.

Polinsky made a statement where he cooperated with Eggert's allegations and also cited the abuse he received from Baio.

The Joanie Loves Chachi star has denied all allegations against him and urged Eggert to go to the police with her story. Baio stated that Eggert's story has changed too much over the years and that he and Eggert did sleep together, but the actress was well over the age of 18 when it occurred. Eggert officially filed a police report against the actor earlier this month.

Baio plans to give his own live press conference at 5 p.m. EST.

Enstars has reached out to Baio for a comment. 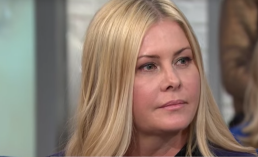 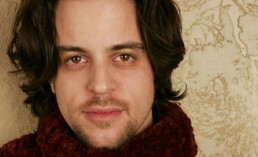