The Bachelorette season 11 star Kaitlyn Bristowe has dished out details about what exactly goes on at a "happy couple weekend."

What Is A Happy Couple Weekend?

A happy couple weekend is essentially a weekend getaway that is arranged between the lead and their pick before the finale is aired.

The weekend, which is the show's tradition, takes place after the couple's televised proposal but before the final winner of the season is revealed. It allows the couple to develop their connection further without any pressure from the outside world.

Bristowe Reveals What Happens At A Happy Couple Weekend

In a recent interview with Entertainment Tonight's Lauren Zima, Bristowe also shared some details about what exactly goes down over the private couple's weekend.

Bristowe revealed that during the weekend, the couples spend some alone time with each other in a house and are not allowed to leave the property.

"[Happy couple weekends] are in a house with really tall bushes everywhere, so people can't see in," Bristowe said. "Producers come because they really want to make sure you're not leaving the house, because you have to hide there."

She added that the house is equipped with all the essentials and the fridge is stocked with food and wine in order to ensure that the couple does not have to leave the house.

Bristowe pointed out that the couple has to reach the destination completely undetected. She added that during her season, she and Shawn Booth were given aliases to conceal their true identities.

"Shawn [Booth] was Eric and I was Ariel from The Little Mermaid," she said. "They even put his name under [Eric] on flights, [so] if they need to call your name, they know to call you Eric."

She noted that she and Booth also had to take separate flights to arrive at the destination.

Kufrin, who has been chosen as the next Bachelorette, had her heart broken by Luyendyk during one of the ABC franchise's most dramatic finales on Monday night.

During Kufrin and Luyendyk's happy couple weekend, the latter revealed to the 27-year-old Minnesota-based publicist that he was actually in love with runner-up Lauren Burnham and what Kufrin thought was going to be a quiet weekend with her fiancé turned out to be a total nightmare. 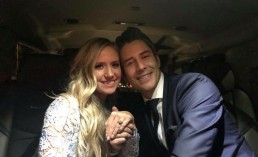 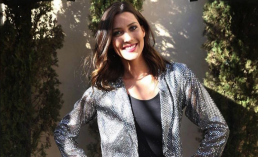 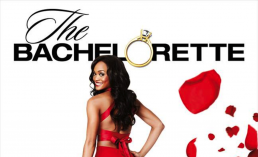