Bachelor Winter Games contestant Ben Higgins was full of tears as he left the reality show on Tuesday night.

Higgins, 29, admitted he cannot imagine himself dating another person, especially that he has not yet moved on from his previous relationship with ex Lauren Bushnell.

"To be honest, I'm still emotionally dealing with the loss of that relationship," Higgins said as he faced the cameras. "At some point, I have to ask the question what exactly am I doing here? So I'm confused."

Higgins said he actually liked the idea of being engaged and spending a lifetime with a person to build a family. However, if it will also turn into a failed relationship, then, he is not yet whole to do it again.

Speaking to show host Chris Harrison, Higgins said being in the same environment brings back a lot of familiar memories including his ex-girlfriend.

"Right here, right now, it just doesn't feel right," Higgins said. "My fear is that if I were to be broken again, I'm not full enough right now to recover from that.

Higgins admitted that having engaged to Bushnell was the best part, not only of The Bachelor but also his life. He said he is affected whenever people are making comments like "Did you really love her? Did you really care?"

Higgins broke the news in tears to his fellow Bachelor Winter Games contestants. The episode concluded with eight more people leaving either voluntarily or through the judges' call.

Higgins and Bushnell got engaged in the final season of The Bachelor in 2016. The couple also starred in the spin-off show Ben and Lauren: Happily Ever After, documenting their issues and struggles as a couple.

The couple reached a mutual decision to end the relationship in May 2017, primarily due to irreconcilable differences. A source also said that Bushnell felt like she had compromised a lot to make way for Higgins.

"It is with heavy hearts that we announce our decision to go our separate ways," read the statement sent to the press. "We feel fortunate for the time we had together, and will remain friends with much love and respect for one another. We wish nothing but the best for each other, and ask for your support and understanding at this time."

Lauren Bushnell Is Moving On

While Higgins is still nursing a broken heart from a previous breakup, Bushnell has now moved on to a new boyfriend. The 27-year-old beauty took to Instagram photos of her current boyfriend, who she admittedly said she met on Tinder. 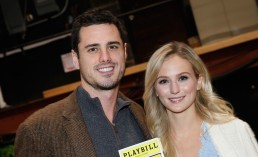 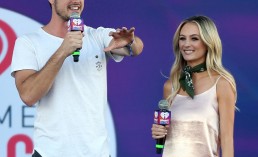 'The Bachelor's' Ben Higgins and Lauren Bushnell Call It Quits 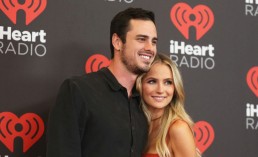