Anna Faris cannot contain her butterflies when E! correspondent Zuri Hall asked what it would be like to date her boyfriend, Michael Barrett.

The interview with Hall was in line with Faris and Eugenio Derbez's promotion of Overboard. The host did not pass on the opportunity to ask the Scary Movie actress if she could see herself having a movie night-out with Barrett.

Farris, 41, was quick to halt Hall by saying that she is blushing. Actor Derbez also came to the rescue by diverting the topic and highlighting that she looked beautiful in the film.

Friends of Faris are supportive of her newfound love in Barrett after her divorce with ex-husband, Chris Pratt. An insider said in a magazine interview that people who are close to the actress think that Barrett is humble, "stable, and obsessed with Anna."

"Michael is great with him and that's all Anna cares about. They are doing so well," a source close to the couple said.

Rumors of Barrett and Faris developing a relationship started when they were spotted in Italy in November 2017. The couple was again seen scouting for a house in Los Angeles the following month.

Faris' mom appeared happy about her daughter's current relationship. Allison Janney mentioned that she only met Barrett once, but she is happy that her daughter is doing well.

"She's doing really well and I'm so happy for her. I met [Michael] once, he seems really lovely. I don't know him, but I'm happy for her. If she's happy, I'm happy," Janney said in an interview.

Faris separated from Pratt, 38, in July 2017 and the latter had filed for divorce five months later. The actress said that she is considering to co-parent her son, Jack, with the Guardians of the Galaxy actor as long as he is surrounded by love and care of the family.

The ex-couple was married for eight years.

Meanwhile, the House Bunny actress seemed to know how to get goofy with her son. In an interview, Faris said that Jack has come to an age where he does not want his mother to go public with her affection. The actress added that doing so would leave her son embarrassed for the time being.

"Recently he's stopped doing that. I found myself doing that in public to him and I could tell that he was getting embarrassed. He's like, 'Mom, chill!'" she added. 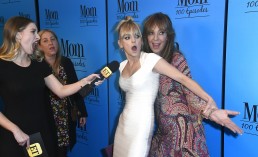 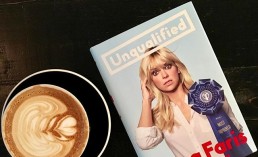 Anna Faris Spotted With Rumoured New Boyfriend On A Date In Seattle! 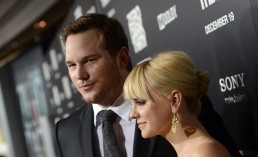