Anna Faris is definitely ecstatic over her Mom costar Allison Janney's Oscars win, as evident on her post where she got to lift the "heavy as sh*t" statuette.

Overjoyed actress Janney took the iconic symbol of her win to work on Monday, a day after she won Best Supporting Actress in the Oscars. Who would not be proud of such an achievement anyway?

Certainly not Janney, who snatched her first-ever Oscar for her portrayal of LaVona Harding in the highly praised Margot Robbie-starrer I, Tonya. Additionally, her Mom costar Faris expressed her happiness for her friend.

In an Instagram post, Faris seemed to have taken delight, not just on Janney's Oscar win, but also on her not-so-light golden statue.

The photo may speak a thousand words but Faris's recent upload is purely oozing of giddy and excitement. The shaky picture may probably be attributed to their emotions, seemingly looking like they could not contain their happiness.

Janney wore a black printed shirt with a visible parrot, a reference to her character in I, Tonya. She was smiling widely while Faris seemed laughing while holding the statue.

The wide smiles plus the celebration are understandable, considering Janney's latest effort had just been lauded. The 58-year-old bested similarly astonishing actresses in the biz, namely, Lesley Manville in Phantom Thread; Octavia Spencer in The Shape of Water; Mary J. Blige in Mudbound; and Laurie Metcalf in Lady Bird.

After her win on Sunday night, Janney revealed she still had to go to work the following day for her CBS's comedy show Mom. She and Faris play mom and daughter duo in the award-winning sitcom. The West Wing actress credited the show for helping her keep her feet firmly on the ground.

"I am so happy that I have a job to go to after something like this because it can go to your head," Janney explained.

Still on the weight of the coveted Oscar statue, Janney and Faris's Mom costar Mimi Kennedy, who plays Marjorie Armstrong, took to Twitter to share the two while they were taking selfie.

"That award is really heavy. Like so many of the awardees say! Literally and figuratively!" Kennedy wrote.

The support from her Mom's family extended from the people behind the camera. Producer Adam Chase took a video when Janney arrived on Monday morning, and the cast and crew were clapping. So clearly, it isn't just Faris that is proud of this talented thespian. 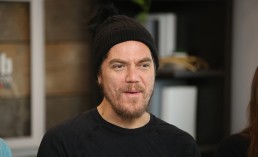 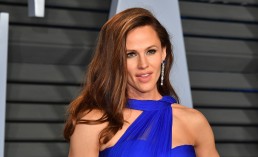 Jennifer Garner Is Using The Viral Garner Oscars Meme, And It's Hilarious 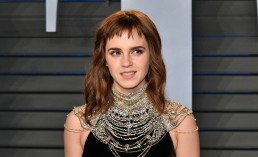