Ben Affleck finally addresses his controversial tattoo as he reacts to a New Yorker article that talks about his "great sadness."

The article, published on March 24 and written by Naomi Fry, revolves around the Batman v Superman: Dawn of Justice actor's journey throughout the years and the controversies he had starred in. The piece started with, of course, the writer noting Affleck's humongous phoenix tattoo on his back, which had been the talk of the town since he was recently seen on Honolulu beach during the production of his upcoming project with Netflix, Triple Frontier.

Photos showed the 45-year-old actor in a beach towel at the shore, seemingly looking far at the great body of water. Paparazzi were, needless to say, quick to snap photos of the big-bellied Affleck, as he bares his tattoo, much to the surprise of everybody.

The tattoo issue had long started in 2015, when photos showing a portion of the massive tattoo surfaced. At the time, Affleck was in talks over his divorce with his then wife for 10 years, Jennifer Garner, and he claimed that the ink was just temporary, something that was needed for his film Live By Night.

However, the next year came, and despite several news outlets reported and vouched that Affleck's tattoo was real, the Argo actor further denied it, saying the art is fake. Of course, everyone probably knows by now that he was lying.

Of his distinct and obvious tattoo, people have given their judgement. There are many who said they were not a fan, and that includes Affleck's two exes, Garner and Jennifer Lopez, who have never shied away from expressing their dislike of the ink in interviews long before this issue popped out again this year.

"You know what we would say in my hometown about that? 'Bless his heart.' Am I the ashes in this scenario? I refuse to be the ashes," Garner said back then.

His singer-dancer ex also described it "awful" in one interview, so his tattoo certainly did not win his ex's hearts. Fans also mocked the ink, describing it as "so ugly" and some touted the actor as "Benjamin Awfulback."

Affleck's tattoo was just one of the things touched by the article. Pretty sure it was not a surprise when the writer tapped on the Harvey Weinstein controversy that might somehow had contributed to the "sadness" he is now allegedly feeling, basing from the whirlwind career he had and which was evident on his "pooching" tummy, likened to Homer Simpson's, and his "garish tattoo."

For those who don't know, Affleck was catapulted to stardom after co-starring with Matt Damon at 1997 Weinstein-produced Good Will Hunting, which had won an Oscar for Best Screenplay. During the waves of women accusing the film mogul of sexual assault last year, the Gone Girl actor was made to issue a public apology after an on-cam groping incident involving Hilarie Burton surfaced. 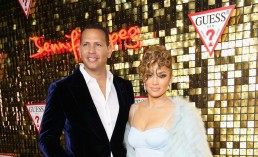 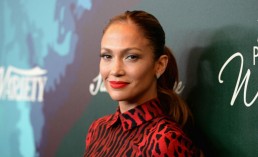 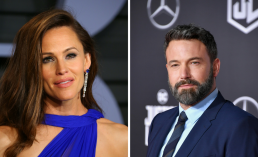 Jennifer Garner And Ben Affleck: Is There Hope For Them To Get Back Together?