Jenna Dewan cleared the air on speculation that she and her estranged husband Channing Tatum split because of his alcohol issues. The couple shocked fans when they announced their separation earlier this week.

Dewan broke her silence for the first time since she and Tatum revealed their plans to go their separate ways on Instagram. She made it clear that it was not because of his alleged issue with alcohol.

“Happy to clarify that absolutely none of these rumors are true,” said a representative on behalf of Dewan Thursday, April 6. “The situation is as positive as it can be. Nothing negative is going on here. They’re both incredibly mature about his. There’s nothing more really to say.”

Speculation that Dewan and Tatum split because of his drinking surfaced after an interview Tatum did back in 2014 resurfaced. In the interview with GQ, Tatum admitted that he often went overboard when it came to alcohol. He described himself as a “high-functioning” “alcoholic” in the candid interview.

Was Channing's Career The Reason?

Tatum’s alcohol issues weren’t the only reasons reports pointed to as a factor for their split. An interview in 2015 was also unearthed after news of the split. In that interview, Tatum confessed that he wasn’t balancing his personal life and his career as an actor “very well.”

Interestingly enough, he said that he tried to prioritize his wife and their daughter, Everly, over roles. He said he would ask himself if taking the part was more important than spending time with his growing family. He added that he and Dewan had a good rapport with each other when it came to their careers.

“Jenna and I stay grounded just from each other,” said Tatum. “We started together and that’s your responsibility in a relationship, to not lose it. You keep pushing each other to grow and be better. We’re a good support system for each other. I don’t think I could do it any other way.”

He added that he would like to not have such a fast-paced career, but admitted it was difficult to take a break.

Channing And Jenna Tell Fans About Their Split

Tatum and Dewan took to social media to let fans know about their decision to split Monday, April 2. They said that there were no secret scandals such as infidelity to blame for the shocking separation. They said they simply realized they need time apart from one another and that they will work to co-parent for their daughter. Reports say there’s no chance the two will get back together. 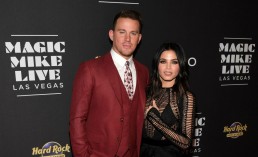 Channing Tatum And Jenna Dewan Have No Plans To Reconcile, Says Source 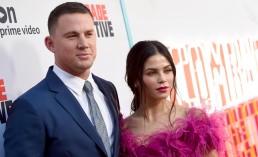 Divorce Attorneys Weigh In On Channing Tatum, Jenna Dewan Split: ‘There Is So Much At Stake’ 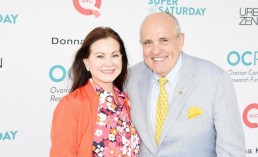