The end of the road is near for Homeland. After a successful eight-season run in Showtime, Claire Danes confirms the hit series is wrapping up.

Since the series premiered in 2011, Homeland has been a major player in Showtime's lineup. However, there has long been speculation that its successful run is nearing its conclusion with the eighth season.

E! News reports that in an interview on Sirius XM with Howard Stern, Homeland star Danes puts an end to speculation and says season eight really is goodbye.

Danes On The End Of 'Homeland'

Danes confirms the reports when Stern asks her about the speculation on the eighth season being the last one, adding that she's conflicted over her feelings on the end of the long-running show. On one hand, the actress is ready to move on.

"She's a lot, this Carrie-freakin-Mathison," she says. "I mean, she's under constant duress. It's a workout, so I'll be ready for a reprieve from that."

However, the star of the show also explains that Homeland's eventual end is going to be a major change for her after the show has been such a big part of her life for so long.

"But, you know, I've never done anything for this long," Danes points out. "I mean, I've been married for as long, maybe a year longer."

The actress may be closing this chapter of her life, but another one is set to begin, as she's expecting a bundle of joy soon.

Danes is "deep into" her second trimester, so it won't be long until she's welcoming her second child with husband Hugh Dancy. The couple are already parents to a five-year-old son Cyrus Michael Christopher, and the actress says they've been trying for a while to get pregnant again.

It's not just Danes who is ready to move on from the hit Showtime drama. Showrunner and cocreator Alex Gansa has also opened up about stepping away from the show after the eighth season, although he was vague about the future of Homeland in general.

"It's definitely going to be my last year," Gansa revealed to The Hollywood Reporter in February. "I can't speak for Claire or [costar] Mandy [Patinkin], but it will be my final year and it will be designed to be the end of an eight-season story."

The executive is not confirming the end of the show, though, leaving the possibility of the network continuing on without him with a different showrunner at the helm. According to him, if the other parties involved in Homeland want to, they could go on. The current team will be leaving room for the possibility "if there's an appetite," says Gansa.

Sources tell The Hollywood Reporter that Showtime is exploring the possibility of keeping the show going after Gansa's reign.

Homeland season seven is currently ongoing. The finale is slated to air on Sunday, April 29. 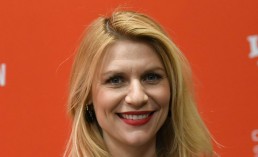 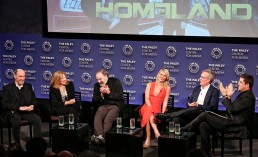 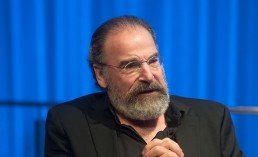