Female creators continue to dominate headlines. Star Trek is set to make history by hiring its first female director, in the person of S.J. Clarkson.

Paramount is reportedly on the hunt for a female director to helm the next installment in the legendary sci-fi series. The franchise has been regularly releasing entries since the 1960s TV show from Gene Roddenberry first aired, right up to the well-received modern reboots by J.J. Abrams.

The series has never been helmed by a woman, however, making this a major step forward for the entertainment company. Apparently, Abrams himself is instrumental in the search for the right woman to take over the rebooted series he began in 2009, which stars Chris Pine, Zachary Quinto, and Simon Pegg.

British filmmaker S.J. Clarkson, who is most well-known for directing the pilot episode of the popular Marvel series Jessica Jones, is the top pick for taking the reins on the next flick.

So Much Star Trek

Star Trek 4 already has a script, penned by J.D. Payne and Patrick McKay. It would continue on the story kick-started by Abrams' 2009 reboot. The premise deals with Pine's Captain Kirk and his relationship with his father, played by Chris Hemsworth, who had a cameo in the 2009 film.

In addition, Paramount is also working on a separate Star Trek movie from maverick filmmaker Quentin Tarantino and will reportedly have an entirely different timeline.

The most recent movie, 2016's Star Trek Beyond, grossed a whopping $343 million worldwide. Big names including John Cho, Zoe Saldana, and Karl Urban, have all appeared in the modern additions.

The #MeToo and Time's Up movements have put significant pressure on Hollywood to hire more women, and people of color. Ava DuVernay was the latest female director to land a big project with an adaptation of DC Comics' The New Gods over at Warner Bros.

As for Marvel's long-awaited Black Widow movie, female directors including Amma Asante, Chloe Zhao, and Gamze Erguven are all potential candidates for the role.

Clarkson's credits included Netflix's Collateral, starring Carey Mulligan, as well as the pilot of The Defenders, and episodes of Vinyl, House, Dexter, and Orange Is The New Black. 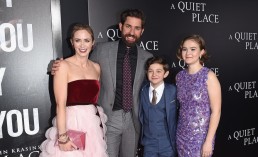 Sequel To 'A Quiet Place' Is Under Development At Paramount 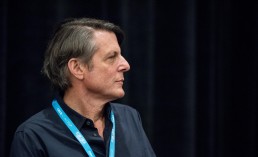 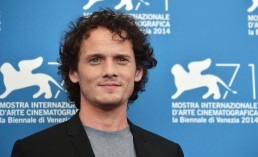