Terry Farrell and Adam Nimoy tied the knot on Monday, March 26. If there's any couple fit to "live long and prosper," it's this one.

The couple has an impressive combined Star Trek pedigree with Nimoy being the son of franchise legend Leonard Nimoy and Farrell an actress in the 90s live-action series Star Trek: Deep Space Nine.

Film critic Scott Mantz broke the news, posting a selfie of the newlyweds on his Twitter page. He revealed that the couple got married at the San Francisco City Hall.

Nimoy, 61, and Farrell got engaged back in August 2017, according to Page Six. He has two children from a previous marriage to Nancy, while she has one son with ex-husband Brian Baker.

Producer David Zappone, who executive produced the Nimoy-helmed 2016 documentary For the Love of Spock, also posted a heartfelt message for the couple on Twitter.

Congratulations to two friends and wonderful people, @adam_nimoy and @4TerryFarrell on their wedding today. I was fortunate to be with them for the early days of their courtship and they are the perfect match and will continue to make each other very happy pic.twitter.com/9SbUCi9xAw — David Zappone (@davidzappone) March 27, 2018

The date is a significant one, especially for Nimoy, as his late father would have celebrated his 87th birthday on their wedding day. Leonard, who played the iconic Spock, passed away in 2015.

Even with a happy wedding, Nimoy remembered to pay tribute to the iconic actor on Twitter. His sister Julie, who is a filmmaker as well, also went online to wish Leonard a happy birthday.

From an immigrant neighborhood in Boston to the outer reaches of the galaxy. Quite the trajectory. Happy Birthday Dad. #LLAP pic.twitter.com/bCZsZnnh8s — Adam Nimoy (@adam_nimoy) March 26, 2018

Wishing the first man in my life, my dad @TheRealNimoy, a very Happy Birthday. Missing you today as I do everyday. There will never be anyone that could mean the same to me as you. Love you always. #LLAP #COPD @nimoycopdfilm @StarTrek @WilliamShatner pic.twitter.com/FmABYIxlrG — Julie Nimoy (@Chefjen21) March 26, 2018 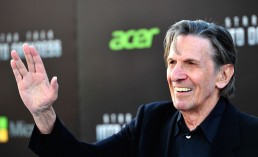 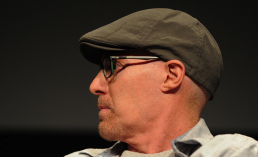 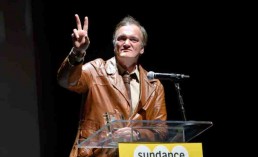