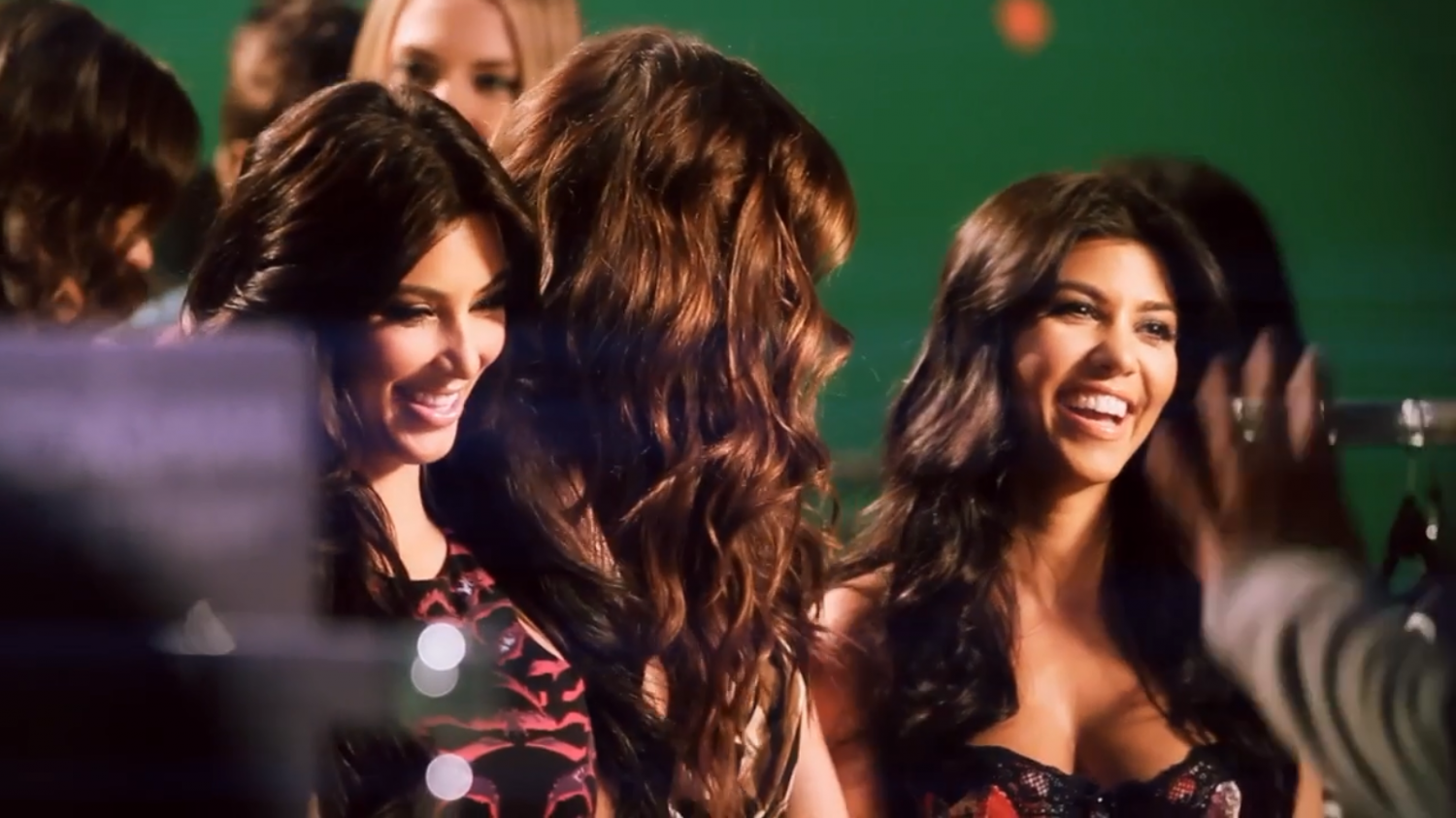 Last week, the first episode of "Keeping Up with the Kardashians" aired, and it was already so intense.

On Monday at the "The Tonight Show with Jimmy Fallon: At Home Edition," Kim Kardashian-West was able to share details on  about her brawl with older sister, Kourtney Kardashian that left everyone shook. It was no joke, and it was certainly not scripted.

"It was intense. I don't really ever resort to violence like that," Kim shared.

Kim revealed that their fight was even more violent than what viewers saw. The two exchanged some harsh words, punches, and kicks, and there was also some blood.

"She scratched me so hard, you couldn't see, but I was bleeding," the KKW beauty mogul furthered.

According to the SKIMS owner, their fight erupted when Kim commented on Kourtney's lack of work ethic.

Kim reportedly said the Poosh CEO "doesn't care about stuff," which has set her sister off. Kourtney then responded, telling her younger sister "You act like I don't do s***!"

Kourtney accused Kim of having "this narrative" in her mind that she is not working her "f****** a** off" just like the other members of the Kar-Jenner clan.

Kourtney has been slowly taking more of a back seat in the recent seasons, which frustrated Kim and Khloe Kardashian.

"She's not the type of person who made a decision and decided, okay, I'm not going to film anymore. But she would come to work with an attitude everyday and kind of take it out on everyone, from the crew to us. So we were kind of pushing her to figure out why she was so unhappy," Kim explained to Jimmy.

Kim added that slapping the mother-of-three was not her proudest moment. Because of what happened, the production of "Keeping Up With the Kardashians" shut down for a week.

"This isn't our type of show. We want everyone to be comfortable and safe."

Mrs. West revealed that their momager, Kris Jenner, cried when she witnessed the violence.

The episode aired on March 26, and since then, Kourtney revealed on Twitter that she had quit the reality show after 18 seasons.

Kim confirmed to Jimmy that her older sister decided to take time off and believes that "she really needs it."

Kourt also posted on her Instagram that the first two episodes of the 18th season are "hard for me to watch;" however, she put a positive note to it that "in our darker moments that the growth happens."

She added, "I finally dared to change what no longer bringing me happiness and putting my time and energy into that which is. Choose happiness."

In a season 17 episode of the show, Kourtney mentioned she wanted the show to end.

Khloe asked her sister, "You would be happy if the show ended?" to which the older Kardashian sister muses, "Yeah. Who cares?"

Though the show's network E! has not confirmed that Kourtney is leaving the show, the oldest Kardashian continued to reveal things on Twitter, which just shows that she and her sisters are still not okay despite Kim telling to Jimmy that they arre "now okay."

One Twitter user said, "But does anyone apologize or correct their tone or words when they're mean to Kourt?" to which Kourtney responded with, "Never. They actually don't see where my hurt comes from."

Khloe then chimed in, "Wait, so no one ever apologizes to you? Lol, please!"

© 2020 ENSTARS, All rights reserved. Do not reproduce without permission.
TAGSKeeping Up With The Kardashians kuwtk Kim Kardashian kourtney kardashian
SEE COMMENT
CLOSE COMMENT