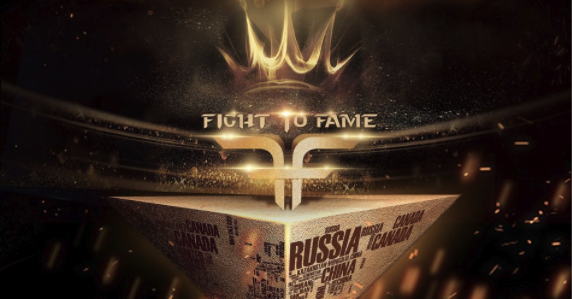 Blockchain is among the recent technological developments, yet it has experienced phenomenal growth, taking the whole world by a storm.

Combining this cutting-edge technology with a reality show might sound farfetched to many of us, but that is exactly what companies like Fight to Fame are doing!

Today, reality shows want to change the way MMA or Mixed Martial Arts shows operate. Going by the dynamics of the media and sports industry, Fight To Fame has decided to start a show that primarily focuses on MMA as the core.

It is not new that in the domain of MMA, it is extremely tough for competitors to make a name for themselves. Combining that with the opportunity of having a reality show that allows the winner to get a direct entry into Hollywood, makes this an amazing prospect.

There are many notable benefits that a person who is not into the MMA scene can gain from this amazing event. MMA fighters are known to go through the grind of training, losing and more often than not ultimately going into oblivion. Fortunately, with this amazing combination of Blockchain, MMA, and Movie there is a great opportunity to become the person that one has dreamed of for long. Some people train in MMA and aspire to be famous, this is exactly what the show will provide to them, the opportunity to be famous.

Participants or people who wish to participate i.e. those who are aspiring MMA fighters and actors can apply on the platform and participate. The platform is allowing aspirants from over 200 countries across the world to apply and participate in the event. Each participant must fight it to the top to become the one who is chosen for Hollywood. This opens an opportunity for anyone, simply anyone who can apply. Contestants will fight but along with that they also have to pass the levels by showing their stunt and acting skills to reach the following levels. This makes the competition very attractive and any slip-ups will result in the removal of the participant from the competition thus making it extremely competitive. Only the best person who can beat everyone else through all the levels will get the chance to act in Hollywood along with becoming the winner of the competition and thus becoming very famous in the process.

Fight To Fame's unique business model - BMS i.e. Blockchain + Movies + Sports makes this even more exciting because that is where the Blockchain comes in. Fight to Fame has its crypto tokens that are used by all viewers of the event, to gain access to special events and also to support their favorite contestants as they progress through the competition.

From the way the event is being promoted on the website of Fight to Fame, it seems that they are going to be the only source of action stars in the coming days in Hollywood, with contracts ready for the winner!