As far as the Person of Interest team is concerned, Samaritan has won...for now.

The Machine is on life support, Finch and Co. is headed underground (literally), and Samar is still MIA. Picking up just hours after the events of the season 4 finale, "B.S.O.D." will see Team Machine at their lowest point ever.

"All of the characters are in kind of a hopeless place. Everything has fallen apart. They seem to be beaten," Emerson explained in a CBS featurette. "They're living like moles. They living underground, they can't show their faces. To be observed by Samaritan means death."

While the rival AI has eyes all over the world, Finch's baby will be on the verge of extinction. If the Machine wasn't compromised enough as it was, a lack of power will put it in the junkyard sooner than Finch expected.

"The greatest artificial intelligence ever invented has been hyper compressed and the low battery light is on," Emerson teased. "Things look worse than worse, and it's hard to tell what their next move could be."

In effect, Samaritan has taken over the world. There's very few places the POI squad can run to escape her prying eyes, and soon Finch will have to decide whether or not he should give his own creation the same amount of autonomy as their enemy.

"Finch has to make some crucial decisions about the machine's future," the actor revealed. "Finch has to decide weather to continue to keep a leach on the machine or to let it run itself the way Samaratain runs itself."

Are you ready to tune in for the series' final seasons? Click the video below to see a sneak peek for the Tuesday premiere!

Person of Interest will return to CBS on May 3 at 10 p.m. ET. The 13-episode season will air Mondays and Tuesdays until the end of June. 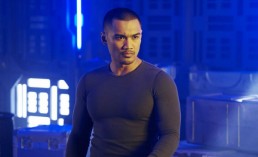 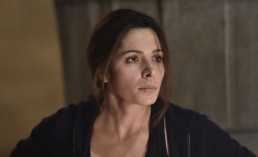 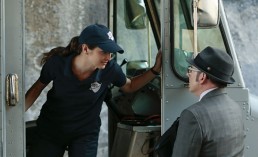