Venus Williams may have a little-known passion for dancing, but she has no intention of doing Dancing With the Stars.

While Williams has obviously proved herself as a tennis pro, she also enjoys dancing. She discussed this in a new ABC News interview, and delved into why she wouldn't want to get into a dance competition.

As for Dancing With the Stars, Williams doesn't want to get into something where she knows there's a real possibility she could lose.

"No, I love winning. If I didn't win, I wouldn't be happy," she admitted. "I would enter if I thought for sure I'd win. I'm also really shy and that would be tough for me to get out there and start dancing in front of the whole world."

While this may surprise some, it's important to remember that tennis and Dancing With the Stars are two very different things. With tennis, your own ability can carry you to a championship, but DWTS is reliant on the scores of the judges combined with votes from America. As such, even if you're the best dancer in the competition, you could still end up losing to someone more popular.

"You never know when you're going home," Williams stated.

It's not clear how Williams would do on Dancing With the Stars but given her athletic ability and her name recognition, she would probably excel. However, tennis players have done very poorly on DWTS over the years, with Martina Navratilova and Monica Seles among the first celebs eliminated from their respective seasons.

Dancing With the Stars season 23 is slated to begin this fall on ABC, in its regular Mondays at 8 p.m. ET/PT timeslot. 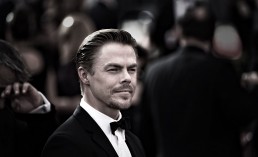 'Dancing With the Stars' Cast: Will Derek Hough Ever Return As A Pro? [VIDEO] 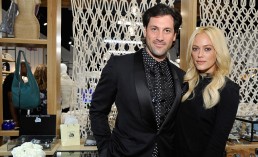 'Dancing With the Stars' News: Why Did Peta Murgatroyd & Maks Chmerkovskiy Choose Next July For Wedding Date? [VIDEO] 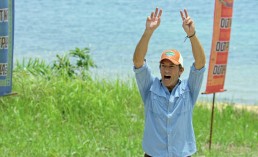