Actress Samira Wiley recently spoke to the controversy of the Orange Is the New Black writers room not having a black person on staff.

For some time now, there has been controversy in the media and among fans that the writers room on Orange Is the New Black does not have any black writers. Despite frequently dealing with race relations, especially in season 4, some view it as problematic that there are little to no people of color among the writers, as seen in the photo below:

Racial tensions reached an all-time high in season 4, which culminated in Poussey (Wiley) getting crushed to death by a prison guard. Some may have viewed this plot development as sensationalizing, especially with what's happening in the news lately, but Wiley has a different take.

"I didn't see it that way," Wiley said in a new interview with The Daily Beast. "I'm coming from a place where, as people making art in whatever time you're doing it in, you do have a responsibility to reflect the time that you live in because we are cultural historians. I think the story that we were collectively trying to tell is a truthful one. I wish that people's anger could be directed fully toward what's happening in real life-that people's anger can be transferred from Poussey and a television show to Alton Sterling, to Eric Garner, and to all the tragedies that are happening in real life."

That episode of Orange Is the New Black, titled "The Animals", was written by Lauren Morelli, a white woman who also happens to be Wiley's real-life girlfriend.

"Lauren and I have been working together for four seasons of television," Wiley said, adding that she's "a big fan of hers so knew I was in good hands."

Regardless of any controversy, Wiley is happy to be part of such a strong TV community.

"I feel so proud to have been a part of 'Orange'. In a lot of ways I feel pretty naïve because this was my entrée into the TV world, but I know that I'm privileged to have had this experience," she admitted. "To come on a show like this where my castmates are all different shapes, sizes, backgrounds, and ages and have that be my home? I wouldn't trade it for anything."

Orange Is the New Black season 5 will drop in summer 2017 while the first four seasons are available now on Netflix. 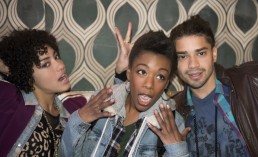 'Orange Is the New Black' Season 4 News: Why Did Finale End With That Poussey Moment? [VIDEO] 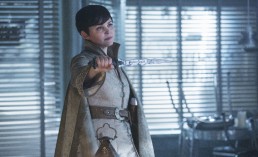 'Once Upon a Time' Season 6 Spoilers: What's Ahead For Henry & Snow White In New Episodes? [VIDEO] 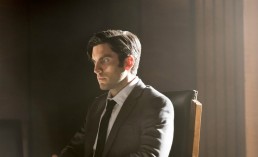