Simone Biles recently addressed the speculation that she might join an upcoming season of ABC's Dancing With the Stars.

The producers of Dancing With the Stars are apparently looking to court some Olympians to participate in the upcoming 23rd season of the dance competition. And very few Olympic athletes were more talked about this year than Biles, who won four gold medals and one bronze.

The gymnast is said to be a favorite for future season of DWTS, even though she'll be busy in the weeks and months ahead. Biles spoke about this with WWD recently, admitting that she's still interested in the show.

"Yes, I would really love to, but my schedule is very busy. I would love to do the spring season if they would let me," Biles said. "Everyone would love to have Derek [Hough] as a partner. But maybe if we got someone new that would be cool."

Biles previously spoke about the possibility of competing on the series.

"I think 'Dancing With the Stars' would be so cool!" she told Us Weekly. "I can't dance, but that's what it's for. I don't know - we'll be so busy, we have tour, and if that happens, and I can do it, that would be amazing."

Olympic athletes have done very well on Dancing With the Stars over the years, with Apolo Anton Ohno, Kristi Yamaguchi, Shawn Johnson and Meryl Davis all going on to win the show. Many athletes in general have won DWTS as well, including Donald Driver and Emmitt Smith.

The new cast of Dancing With the Stars has yet to be revealed, though this is in keeping with tradition. Producers typically wait until a few weeks before the premiere of the new season to announce the cast and pro lineup, so fans should probably expect a late August or early September announcement. 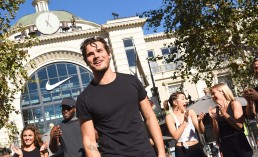 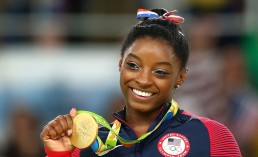 'Dancing With the Stars' 2016 Cast: Simone Biles Being Courted For Season 23? [VIDEO] 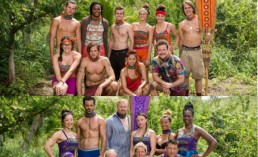