The Los Angeles Clippers are doing fine at the start of the regular NBA season. Currently, they are holding a 25-14 win-loss record and sitting at the 4th spot of the Western Conference division. But, recent reports are spreading that the Clippers are reportedly looking to trade Blake Griffin to the Atlanta Hawks for Paul Millsap.

Griffin has been spectacular at the early going of the regular season. He is one of the vital cogs why the Clippers had a great start in the season however he re-injured his right knee last month and now sidelined after going to a knee surgery last December 20. Many believed that his recurring injury will prevent them to go deep in the postseason just like what happened last season.

And now, one report is suggesting that since Blake Griffin has sustained many injuries in his career it might be a viable option for the Los Angeles Clippers to release him. According to FOXSports, aside from his injury, Griffin will become a free agent after this season and might as well trade him and get a valuable asset in return.

And since the Atlanta Hawks are in the same situation with regards to Millsap's status, a deal with the Clippers might be plausible. Trade scenario is saying that the Hawks will receive Blake Griffin while Paul Millsap will head West and join Chris Paul and DeAndre Jordan in Lob City. If this trade pushes thru, this could be one of the blockbuster deal that will happen before the trade deadline.

Griffin and Millsap almost have the similar stat line this NBA season which means both teams have acquired same value at the least. However, the downside for the Hawks, as said earlier, is Griffin's frequent injuries but still Griffin is a better player than Millsap when he is healthy.

On the other hand, the Clippers will also have to take a risk of having an aging player in Millsap. But, having him right now will possibly give them a solid player that can help them make a final push to their playoff aspiration this season. This trade will also work under NBA trade rules and salary cap restriction as per checking with ESPN NBA Trade Machine.

Nevertheless, this rumored NBA trade deal between the Los Angeles Clippers and Atlanta Hawks are still speculative as none of the teams involved have confirmed this. But for sure, Blake Griffin and Paul Millsap are two players that will always be in the rumor mills before the trade deadline ends. 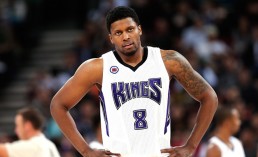 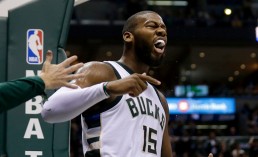 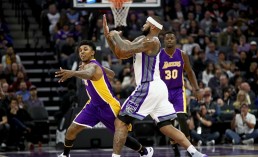