The upcoming GPU from AMD has been all over the wire as it will battle outs against NVIDIA's pride. Dubbed as AMD Vega 10 and NVIDIA GTX 1080 Ti, these two graphics will have to prove which one should be on the top spot.

According to University Herald, graphics card manufacturer; AMD will be releasing the cards during a special event in May. Nevertheless, this would be the first time that AMD has ever unveiled a graphics card at Computex.

It has been noted that AMD Vega 10 GPU architecture is the next-Gen graphics silicon the Radeon-red team is developing for an early 2017 release. The said graphics card is assuring its patrons to that it could go head to head with the high-end of Nvidia's GPU stack.

On the other hand, the NVIDIA GeForce GTX 1080 Ti graphics card is expected to become available soon. Reports are indicating that the upcoming PAX East event that is slated in March as being the perfect time to launch the GPU.

Additionally, MobiPicker noted that AMD Vega 10 is capable of handling memory traffic more proficiently and it has considerably cut back on lavish memory distributions. It can also be remembered that AMD showed a demo with two examples that presenting High Bandwidth Cache Controller dropping wasteful memory allocations by as much as 50%.

As the AMD Vega 10 is armed with technology that can turn 8GB memory into 16GB memory along with numerous other top-of-the-line specs and features, the upcoming chipset from AMD is all set to undertake Nvidia GTX 1080 Ti.

On the other hand, the Nvidia GeForce GTX 1080 is estimated to arrive featuring major boost to gaming systems. The GeForce GTX 1080 Ti flaunts of 12 billion transistors which is much higher than the 7.2 billion of GTX 1080. Also, it is believed to arrive equipped with 4.8GB RAM and will likely to hit market shelves with a price range of $650 - $1200. With that, AMD is likely to tactically price the upcoming Radeon Vega.

As the AMD Vega 10 is armored with top-of-the-line specs, it really seems that it could fight against NVIDIA GTX 1080 Ti. Moreover, it is still up to the consumers which one they would choose. 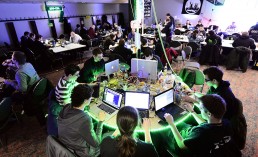 The Pirate Bay News: Subscribers Of Torrent Sites In UK Only Have 20 Days To Stop Downloading Torrent Materials [VIDEO] 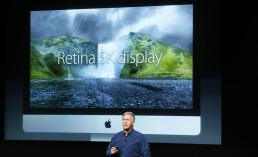 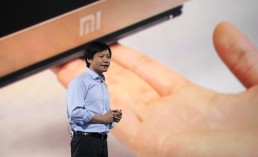