No, The Weeknd was not on the verge of giving ex-girlfriend Selena Gomez a kidney during their widely publicized 10-month relationship.

The former couple got together at a particularly tumultuous time in Gomez's life with her health woes leaving her in dire need of a kidney and a life-threatening surgery.

An Ode To Selena?

Recently, the buzz is that The Weeknd actually considered giving up one of his kidneys for his ex-girlfriend.

When The Weeknd released his six-track EP My Dear Melancholy, fans instantly begin trying to figure out who the songs are about.

The telling lyrics of "Call Out My Name" seems quite damning to Gomez: "I almost cut a piece of myself for your life / Guess I was just another pit stop / 'Til you made up your mind / You just wasted my time."

Fans took the words to mean that the Grammy-winning artist considered donating his own kidney — "a piece of myself" — for Gomez when she needed it.

A source close to Gomez dismisses the implications of the song in a report from Entertainment Tonight, saying the words are only lyrics and not reality.

"He knew it would strum up attention and that people would interpret it exactly as they have, but he was never actually going to donate his kidney to Selena," the source reveals. "Sure, he was her boyfriend at the time, so it perhaps crossed his mind to get tested to see if he was a match — which is incredibly rare — but it never got anywhere close to actually happening."

More importantly, the source stresses, it's not something that Gomez would even request him to consider.

"Selena would never, ever have asked him," the source continues. "She wouldn't have even wanted him to even entertain the idea! It was difficult enough for her to allow a lifelong friend to do it, but a new boyfriend? No way."

In fact, the source says that the pair's relationship was not that serious or intense to begin with, especially with The Weeknd extremely focused on his career and Gomez relying on her family and friends to get through her health problems.

Actress Francia Raisa ended up being Gomez's kidney donor, while the couple broke up and the singer-actress reconciled with her longtime on-off boyfriend Justin Bieber.

However, the reunion of Gomez and Bieber didn't last either. Bieber has recently been spotted in the company of model Baskin Champion, while the "Wolves" singer has been out and about with friends.

"Selena realized even though he's made some positive improvements, they just aren't a perfect match right now," an insider says to E! Online. 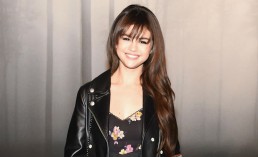 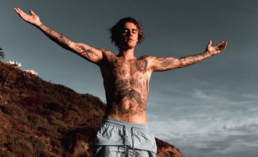 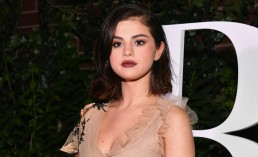