Welcome back, Chuck. The Supernatural family is happy to have you.

Virtually unseen since the apocalypse, the prophet/writer/potential deity will make his return "Don't Call Me Shurley." Set to air on May 4, episode 20 will put Rob Benedict's character in touch with the Winchesters as Amara (Emily Swallow) ups her game.

"Amara unleashes a dark fog on a small town, causing everyone to go mad. Dean (Jensen Ackles) and Sam (Jared Padalecki) realize this is a stronger version of the original black vein virus Amara previously unleashed. They team up with the sheriff to protect the town but their old remedy no longer works," The CW teased. "Meanwhile, Chuck returns with an interesting proposal."

Will Chuck reveal himself as the God squads big kahuna, or will Castiel's (Misha Collins) dad continue to be a no show? Padalecki couldn't confirm or deny the rumors while attending a recent convention, but the actor did tide fans over with a tantalizing tidbit.

Set photos have confirmed Chuck's continued presence through episodes 22 and 23.

Find out what's next for Sam, Dean, and their battle against the Darkness when Supernatural airs Wednesdays at 9 p.m. ET on The CW. Click the video below to see a preview for the series' next episode, which will air on April 27. 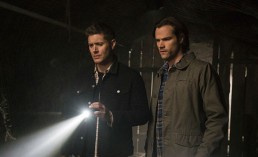 'Supernatural' Season 11: Sam & Dean Team Up With [SPOILER] In Finale Photos, Go Behind The Scenes! [VIDEO] 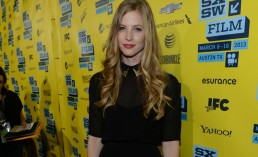 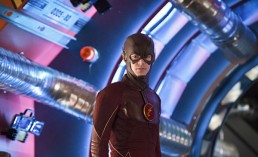