As fans rejoice for the fourth season of Reign, there will be one character who won't be in the kingdom anymore.

On Monday, TV Line posted details from Adelaide Kane who plays Mary on the series. Fans shouldn't worry about any absence from her since she will definitely be back for the fourth year. But one character that fans have to say goodbye to is Bash.

Played by Torrance Coombs, Kane mentioned that Bash will only be around for so much longer. It doesn't necessarily seem like he'll be killed off, but it does appear that he'll move on to a new life.

"It's a bummer, but Bash doesn't have a lot of traction in Scotland," Kane said. "His storyline soon will come to its conclusion, and his character has other avenues to explore that might not necessarily be seen on screen."

Even though the actress is going to miss Coombs, she's happy to see him taking on new projects.

"Torrance also has a lot of exciting things happening for him career-wise, rather than working two days a week on our show," Kane said. "I'm so happy for him, and I'm going to miss him. It's bittersweet when someone who's been with you for the whole journey goes on to do their own bigger, better things."

As for how things will continue to play out in the third season, Kane dished on what it's going to be like for Mary adjusting to life in Scotland.

"Mary's main focus is just getting back to Scotland and trying to re-establish her power in her homeland," the actress revealed. "She's attempting to take over as a queen in a country she hasn't been to since she was six-years-old. She's really finding her footing back in Scotland." 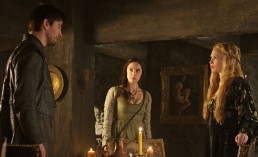 'Reign' Season 3 Spoilers: Is The Finale Going To Have Something 'Amazing' As Filming Wraps? [VIDEO] 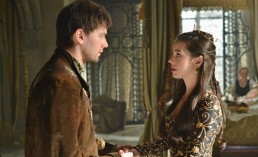 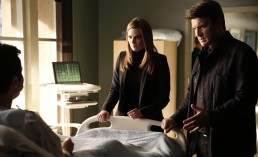 'Castle' Season 8 News: LokSat Will Be 'Biggest Bad' Yet For Rick & Kate? [VIDEO]