Daytime talk show The Real has released its first look at the upcoming third season and we have it below!

This is the first trailer for the season that will not feature former co-host Tamar Braxton, who was fired from the show back in May. It’s still not clear why Braxton was let go as rumors swirled she had drama with the other ladies and a bad attitude on set. But it’s safe to say the show is moving on without her.

It dropped the trailer for the new episodes this week.

The ladies clap it up as they walk back on set and Jeannie Maia nd Adrienne Bailon give one another a hi-five.

Tamera Mowry-Housley laughs before the women “make it rain.”

It looks like this season will feature $10K giveaways and a lucky audience member will win a brand new car as well the “biggest game over.”

Bailon says, “I love this show and we’re just getting started.”

Check out the full teaser below.

While rumors swirled that the new co-host would be actress KeKe Palmer, singer Monica, Ashanti, and even Mel B, a fifth person is not featured in the promo. The show could be waiting until its premiere to debut whoever it is. It’s also possible they have decided to keep it at four women for now.

The Real returns on Monday Sept. 12. Be sure to check your local listings for times.

'The Real' Cast: Is This The Scene That Got Tamar Braxton Fired? 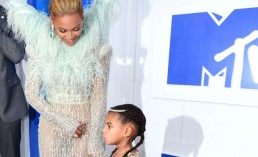