The Victoria's Secret Angles are now in Paris, preparing to walk in the 2016 Victoria Secret Show. Fans might be surprised not to see the Show veterans Karlie Kloss, Candice Swanepoel, and Behati Prinsloo to be a part of the fashion show.

Swanepoel and Prinsloo just had their first babies in October and September. However, both of them assure that they will be coming back in 2017.

According to ELLE, despite the fact that Candice Swanepoel and Behati Prinsloo did not attend the 2016 Victoria's Secret Fashion Show, both ensures their fellow angels that they are with them in spirit.

"Opening the#vsfashionshow for the first time was a dream comes true opening twice in a row was just NUTS, still pinching myself. To the girls and crew, good luck in Paris, me and Dusty Rose will be cheering." Prinsloo posted in her Instagram.

Swanepoel also cheered for the supermodels that hit the runway via social media and extended a "good luck" to her fellow angels who modeled for the crowd in Paris.

"I'm sad to miss it but am wishing everyone all the best from afar! There is truly no show quite like the VS Fashion Show, and there is no feeling quite like walking on that magnificent runway," Swanepoel wrote on her Instagram account.

Doutzen Kroes also flaunted her toned abs four months after she gave birth to her second child last 2014. Victoria Secret Fashion Show 2016 was held in Paris - a place which is dubbed as the world's greatest fashioin houses and runway shows. And finally, the magnificent show started as the Victoria's Secret Fashion Show rolled out the pink carpet at the Grand Palais. 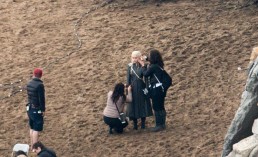 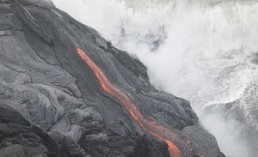 Astronomers, Scientists Search of Life on Mars in Hawaii 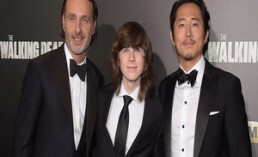