Nina Dobrev just dropped the confirmation that she will return in "The Vampire Diaries" season finale on her social media account. Fans of the hit show are thrilled for her epic comeback as well as her reunion with Damon and Stefan Salvatore.

The actress just posted a photo of the script with her name stamped on it. She even added: "I know it's Thursday, but this is not a TBT. #BackOnSet#TVDForever." The script which she posted means that her character will return in the episode 8 which is the finale of the series.

As revealed before by Julie Plec, the executive producer of the show, Nina made a promise to return for the finale and now, she just fulfilled that promise. It was in Comic Con 2016 in San Diego when Plec and Mark Pedowitz made a plea to Nina about keeping promises and so it happened.

As per Celeb Dirty Laundry, since her return has already been confirmed, fans would want her to reunite with Damon instead of Stefan. The clamor is also evident in Nina and Plec's IG account.

Together with the return of Nina Dobrev, the management also confirmed that they will present an epic finale. But this will only materialize if Nina will reprise her role as Elena to be able to show the fans an epic and perfect ending of "The Vampire Diaries."

With regards to the ending, it will not be how fans want it to end since Plec shared a photo of the last scene which appeared to have shot in Damon's bedroom.

Because of this, many concluded that there might be a reunion between Elena and Damon which could lead to Delena happy ending. But there can also be a Stefan and Elena reunion or possibly, no reunion at all.

However, reports won't stop that Nina might also return to the series as Katherine Pierce, Elena's doppelganger and she will return to Mystic Falls.

Apart from this, fans are curious if Nina and Ian Somerhalder were professional while they filmed the said series. It can be recalled that Ian made mention before that he did not want to work with Dobrev again as per Inquisitr.

Nina Dobrev's return in "The Vampire Diaries" will surely thrill the fans notwithstanding her reunion with Damon Salvatore played by Ian Somerhalder. 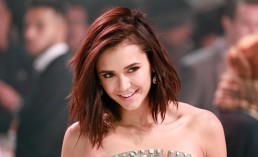 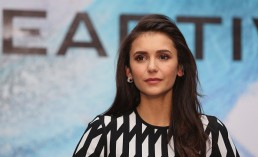 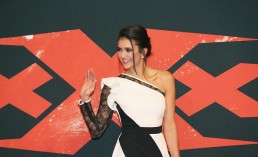 Nina Dobrev Moves On From Ian Somerhalder: ‘Vampire Diaries’ Star Is Reportedly Off The Market [RUMOR]