Next week, superhero sci-fi drama television series, "Supergirl" from the DC Comics character, is set to air another episode from its second season. Following this, there are already rapid updates and speculations appearing which contain some of the upcoming episode's probable events.

The previous episode from "Supergirl" season 2 aired just a few hours ago, with the title "The Martian Chronicles" was reportedly one of the best episodes this season, according to Entertainment Weekly. Compared to the other episodes aired on this current season, episode 11 was reportedly not overstuffed and focused on each significant character to give viewers their respective stories.

The main character on "Supergirl" Season 2, Kara Zor-El or Supergirl, portrayed by Melissa Benoist, once again rejected his fellow superhero, Mon-El, portrayed by Chris Wood. Aside from that, the episode added to the dramatic scenario when Alex, played by Chyler Leigh chose not to be with Kara during her Earth birthday, which consequently hurt Kara's feelings.

In the near-ending part of the eleventh episode of "Supergirl" Season 2, when J'onn, portrayed by David Harewood, returned to see M'gann (Sharon Leal) offer protection again, he realized later on that M'gann was actually a disguise for the white martian, Armek, who is beyond ready to stir up the happenings on the series.

According to a report from Comic Book, the next episode of "Supergirl" Season 2 is going to highlight the appearance of Lena Luthor's (Katie McGrath) brother, Lex Luthor. On the official synopsis revealed for episode 12, a sneak peeks of Lex and his legendary war suit was shown. Reportedly, the actor set to portray the villain is yet to be announced, but fans will definitely know once the upcoming episode airs next week. 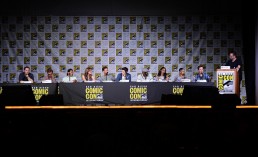 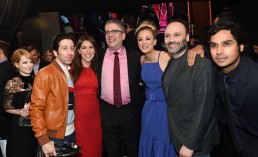 "The Big Bang Theory" Season 10: Johnny Galecki Explained Why The Comedy Series Is So Much Different Than Before [VIDEO] 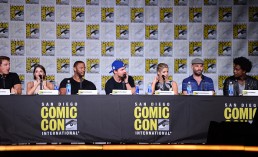