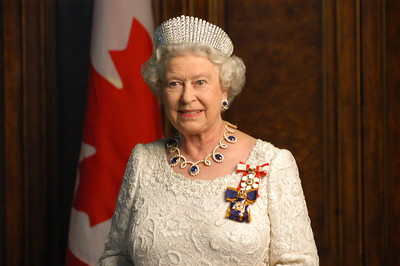 Fans sure like it when Queen Elizabeth II makes herself more relatable to all. Netflix this weekend, Your Majesty? Is she excited about 'The Crown' Season 3 too?

You can probably oblige her to a few episodes on the popular streaming service. Not that you'd like to though, as Her Royal Highness is reportedly a stickler for details.

Let's see, there was "The Young Victoria" which co-starred royal granddaughter Princess Beatrice alongside Emily Blunt. It was co-produced by Princess Bea's mother, Sarah, Duchess of York.

The Queen reportedly would have enjoyed the film as it debuted her granddaughter in a brief stint in Hollywood. However, Her Majesty was reportedly irked by the inaccuracies in the film. With that said, don't expect to strap her on her seat with "The Young Victoria" on Netflix.

The 93-year-old monarch enjoys an excellent, rare show. However, she will reportedly point out historical inaccuracies. The Queen is not fond of heavily dramatized historical events as well.

Even "Downtown Abbey," which the Queen reportedly adores, gets its fare share of royal criticism, too. The series was filmed in Highclere Castle where Queen Elizabeth II stayed as a guest, so she notices when something is off.

While it's not on Netflix yet, it did show on the big screen early this spring.

The Queen's son, Prince Edward and his wife, Sophie Wessex reportedly join the Queen at Windsor Castle. They would reportedly have an informal dinner and watch a few episodes of "The Crown" on their Netflix account every weekend.

Centered on the life of Queen Elizabeth II and having had her blessing, the Queen is said to "really like" watching the series. However, she had to point out the series' writers when her husband Prince Philip was depicted as an insensitive, stoic-type of father.

"The Crown" Season 3 writers may expect more feedback from royalty. It is expected that the next installment will delve into Prince Charles' relationship with Camilla Parker Bowles. It's not something the Queen may want to see on TV, is it?

The Queen is reportedly a big GOT fan, too -- even visiting the set when she visited Northern Ireland.

Her grandson Prince William and his wife Kate Middleton were also fans of the series. The royals reportedly watched every series of GOT, but there is no word yet whether they liked the ending or not.

Moving on to X-Factor, which is rumored to come to Netflix as well. It's a show the Queen may watch, as the royal reportedly had her staff record episodes of the series.

X-Factor alum Mary Byrne revealed that the Queen once praised her for the "fabulous song" she sang on the show.

So there goes, all the shows the Queen enjoys and criticizes. Now, go binge!

Queen Elizabeth II (Photo by Government of Alberta on Flickr)